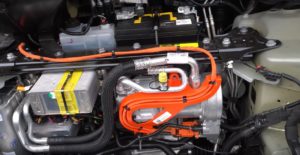 The Tesla Model Y has impressed a lot of owners. While the vehicle hasn’t even been out that long, there is no shortage of information and reviews for the Model Y. In a new video titled “The Biggest Change in Model Y Over the S, 3, or X!” the YouTube channel DÆrik shows just how integral the Model Y heat pump is to the rest of the vehicle.

Initially discovered among the first wave of Model Y deliveries, the heat pump is quite an amazing addition to the electric vehicle. The heat pump not only improves battery efficiency, but it also makes the Model Y more practical for drivers who live in harsh winter climates, such as those found in Canada.

The video touches on the fact that Model Y is the first Tesla vehicle to add a heat pump. The addition represents a further development of Tesla’s conscientiousness towards giving drivers optimal energy usage. Moving forward, it will be interesting to see if the heat pump becomes a standard in all Tesla electric vehicles.

Can the Tesla Model Y Drift? New Video Shows It Can