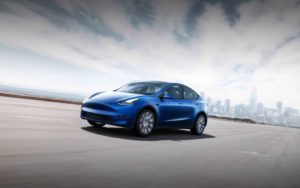 All the small details that Tesla owners have come to know and love are coming to light with the recent round of Model Y deliveries. In a recent post, Reddit user matt687 shared some information about the Model Y heat pump. As the post points out, the heat pump illuminates some extra benefits on the electric vehicle.

In the post, matt687 says, “According to the Model Y Owner’s Manual it’s now using a heat pump…” While this is something many buyers were not aware of, the post continues, saying, “meaning it can run in reverse vs. the standard air conditioning compressor.” The information comes from page 131 of the Tesla Model Y Owner’s Manual .

As several commenters pointed out, the revelation of the Model Y heat pump holds some fascinating potential. For example, one user speculated that the heat pump may help to improve the vehicle’s range during winter weather and lower temperatures. This is the kind of feature that will certainly appeal to drivers in certain regions of North America. As Green Car Reports pointed out, “Heat pumps don’t solve the cold-weather range punch, but they do soften the blow.”

With the Model Y, Tesla continues to surprise both new owners and fanatics alike. The heat pump offers a prime example and should be of interest those living in Canadian winters.

Tesla has debuted a 2023 Model Y All-Wheel Drive, in existing inventory for immediate purchase in select states. Currently, Tesla’s website no longer offers the Standard Range for purchase, as only Long Range (delivering Dec 2022 to March 2023) and Performance are available. The Standard Range Model Y AWD was made at Gigafactory Texas with […]
Sarah Lee-Jones
9 hours ago