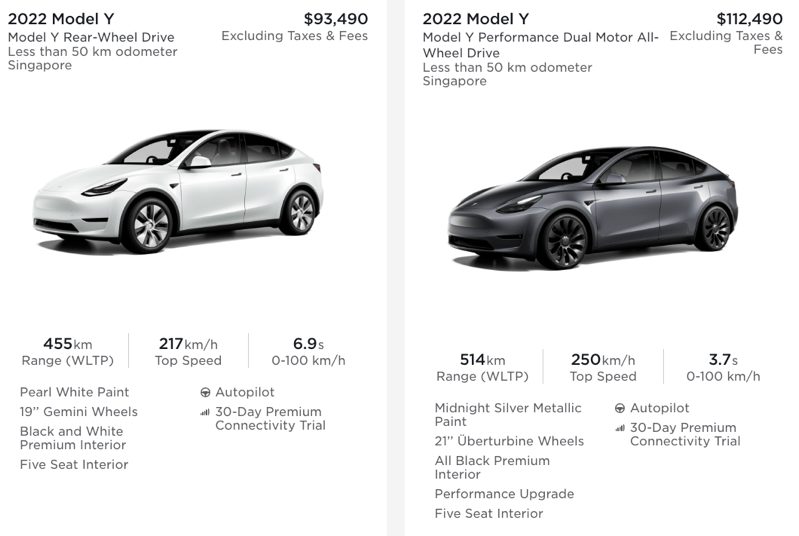 Tesla recently slashed Model 3 and Model Y prices in China, South Korea, Japan and Australia–and New Zealand. Now, a limited-time price cut has reached the island nation-state of Singapore, reports Reuters. Existing inventory of Model 3 and Model Y will see a $5,000 discount, if they trade in their gas car, while another $5,000 […]
Sarah Lee-Jones
3 weeks ago 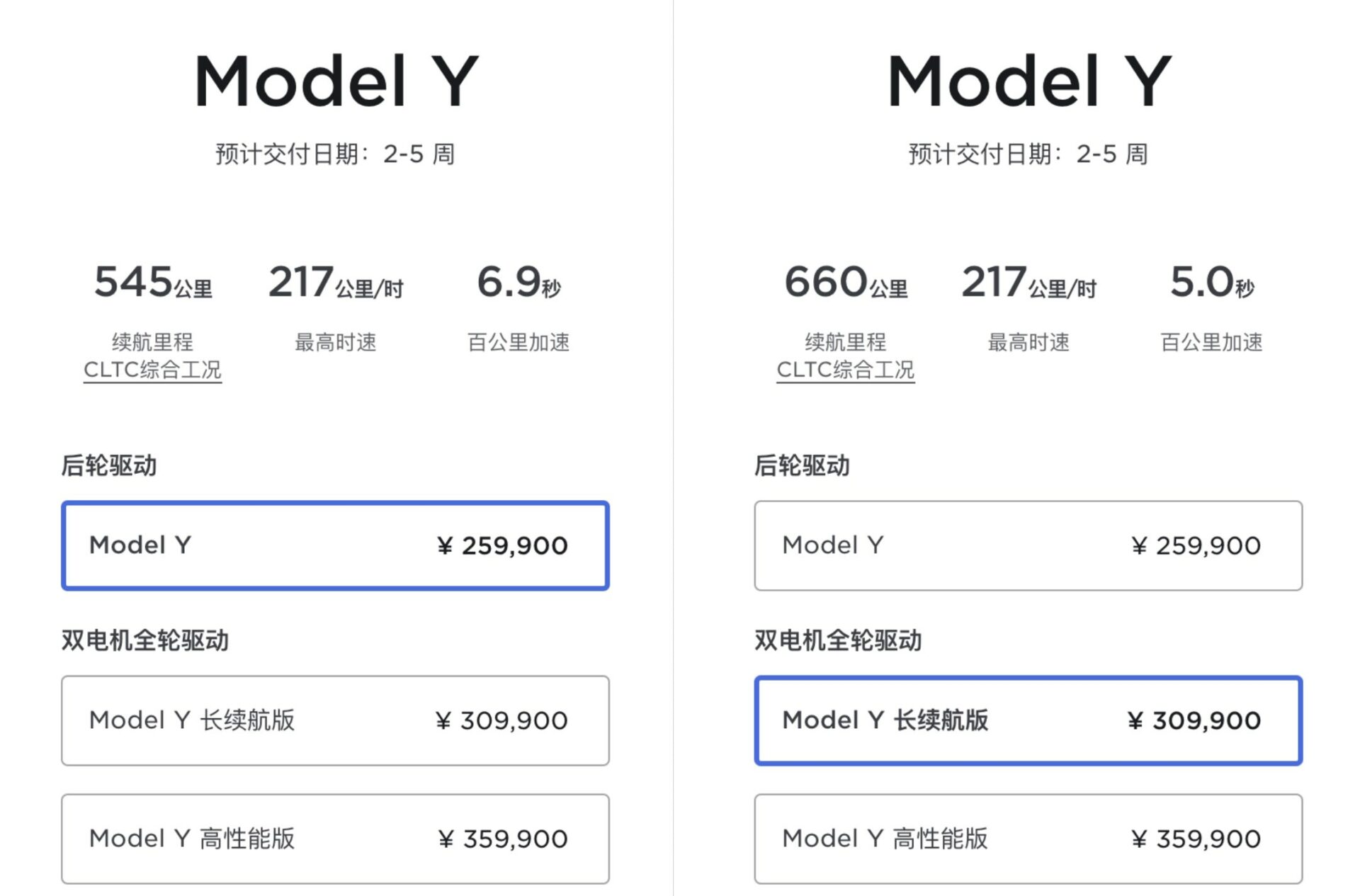 Tesla has increased its delivery wait times for certain models in China, including both the rear-wheel-drive and long-range variants of the Model Y, as spotted on Monday by @TslaChan. Both Tesla’s LR and RWD Model Y units now have wait times of about 2-5 weeks, though both previously showed wait times of just 1-4 weeks. […]
Peter McGuthrie
3 weeks ago 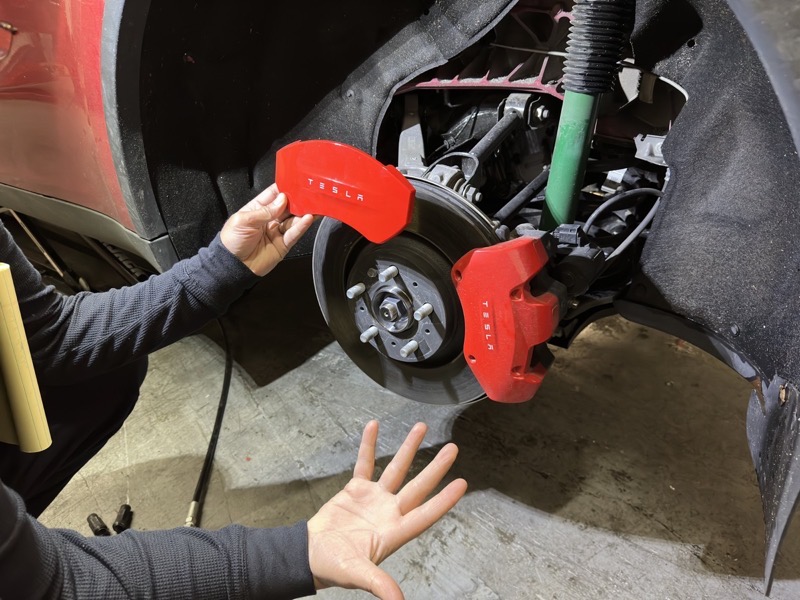 Image via ZEVcentric Tesla appears to have modified the rear brakes on the latest Model Y Performance deliveries, introducing caliper covers. That’s according to Fremont-based @ZEVcentric, an aftermarket automotive parts company for Tesla vehicles. “As we took delivery of our 2023 Model Y last month. At some point Tesla decided to put caliper covers on […]
Sarah Lee-Jones
3 weeks ago

Tesla has entered the top 10 best-selling cars in the U.S. for the first time, according to data from Motor Intelligence, reports CNBC. The Model Y was the sixth best-selling car in America (including both gas and electric) in 2022, outselling the popular Honda CR-V crossover and more. The Model Y saw its sales up […]
Sarah Lee-Jones
3 weeks ago

Tesla topped a number of vehicle sales categories in Germany, according to data from the Kraftfahrt-Bundesamt (kBa) shared this week (via @Berlinergy). The Model 3 and Model Y were ranked first and third, respectively, for the country’s top-registered vehicles in December among gas and EVs, while also ranking 10th and 12th, respectively, year-to-date (YTD). The […]
Peter McGuthrie
3 weeks ago 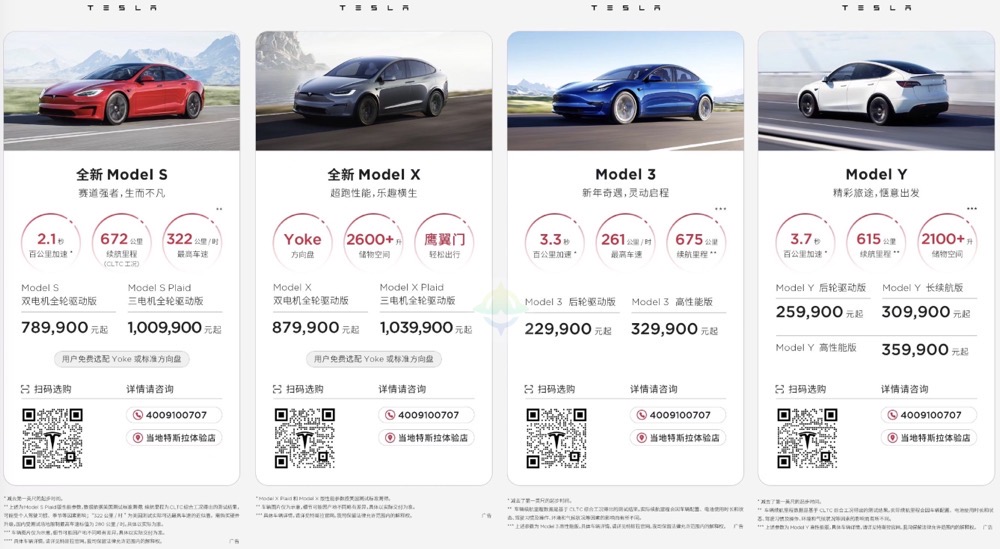 Tesla China has announced yet another round of price cuts for Model 3 and Model Y, while also revealing the prices of Model S and Model X. “Tesla S3XY, new car, new price!”, said Tesla on its Weibo account. Check out the price for the Model S and Model X, now available: Model S – […]
Sarah Lee-Jones
3 weeks ago 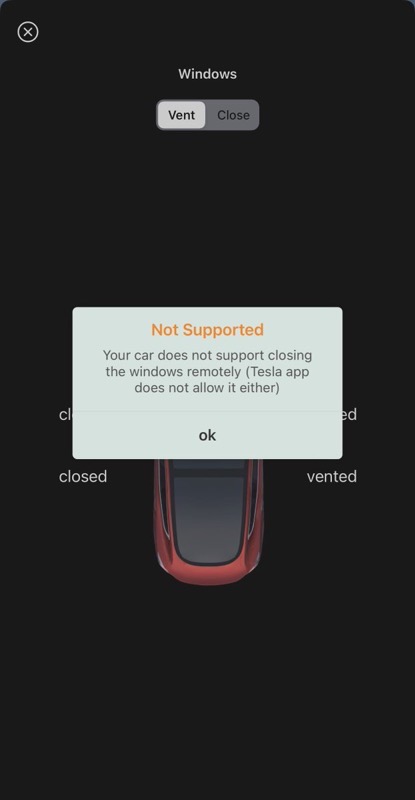 Tesla Removes Some Window Features Due to NHTSA Regulations

Image via @Tommyf902 It appears some federal regulations have resulted in Tesla removing some window features through a software update. Dating back to late September, customers on the TMC forums that took new deliveries of Model 3 and Model Y noticed features such as the Close Windows on Lock feature. “You can also enable Close […]
Sarah Lee-Jones
3 weeks ago

Tesla Model Y Led All Car Sales in the UK for December, Best-Selling EV in 2022

Parts shortages continue to plague car sales in the United Kingdom, though the downward trend isn’t hindering increasing electric vehicle (EV) demand. New vehicle registrations in the UK fell to a 30-year low in the second half of 2022, with just 1.61 million new cars registered throughout the full year, according to the latest data […]
Peter McGuthrie
3 weeks ago 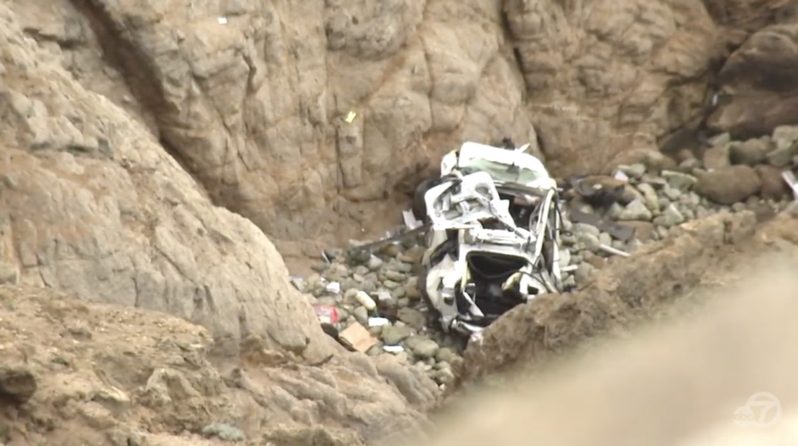 Tesla vehicles are some of the safest cars on the road. Now, a major accident has shown just how safe these vehicles can be, after a Model Y plunged some 250 feet down a cliff at Devil’s Side in San Mateo, California. The incident happened on Monday, January 2, 2023, and footage shows a heavily […]
Sarah Lee-Jones
3 weeks ago

Under U.S. President Joe Biden’s recently-signed Inflation Reduction Act (IRA), passenger electric vehicles (EVs) can qualify for a tax credit of up to $7,500 USD. The eligibility criteria for these tax credits, however, have left Tesla’s Model Y at a slight disadvantage. While the seven-seat variant of the Model Y qualifies for the federal tax credits […]
Nehal Malik
4 weeks ago 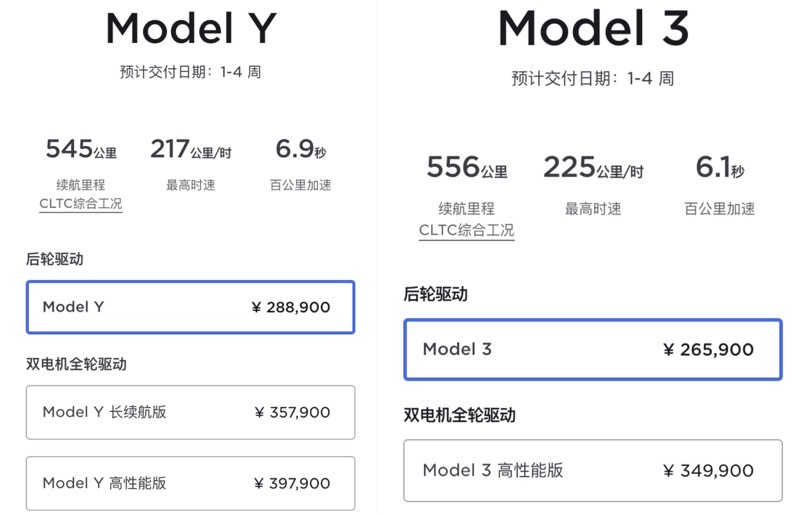 Tesla launched a New Year’s promo in China for Model 3 and Model Y, and now more purchase incentives are coming in the form of a price drop on entry models. The electric automaker has lowered the price of Model 3 RWD and Model Y RWD, to match the recent end of New Energy Vehicle […]
Sarah Lee-Jones
4 weeks ago

Tesla’s long-rumoured new Model Y Standard Range with an All-Wheel Drive (AWD) configuration was recently spotted in the code for the company’s U.S. order configurator with a price of $61,990 USD, according to a tweet from WaitingForTesla.com (@w4tsla), an automated tracking and notification bot for Tesla inventory in North America. ⚠ New Tesla MY Model […]
Nehal Malik
4 weeks ago

Tesla has launched a New Year’s promotion in China, offering up to 10,000 yuan (about $1,450 USD) in incentives (via @Tslachan). According to information shared by Tesla, the company says there’s a limited-time promo offering an insurance subsidy of 4,000 yuan ($580 USD) and a delivery incentive of 6,000 yuan ($870 USD), towards the purchase […]
Sarah Lee-Jones
4 weeks ago 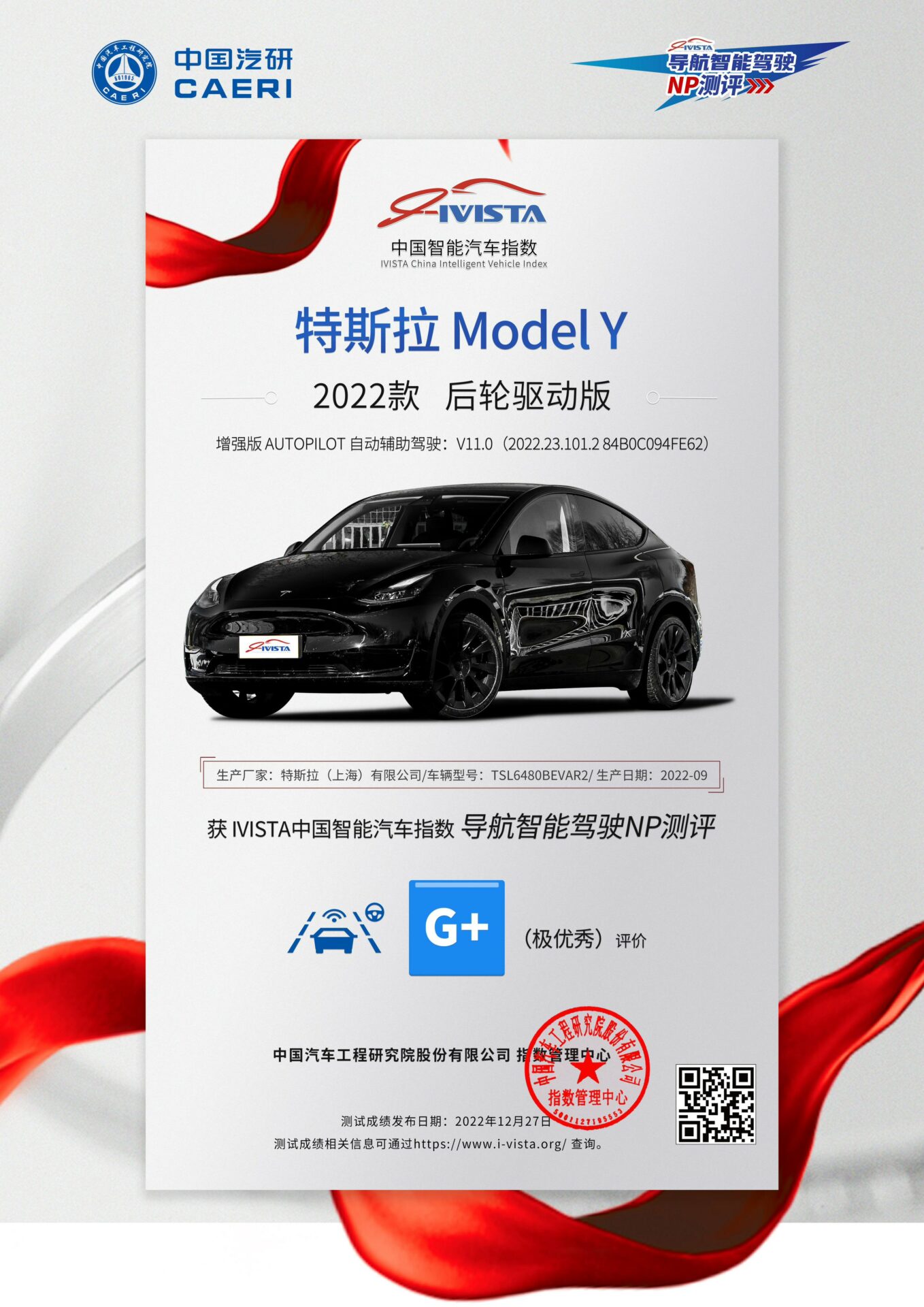 A research study in China has rated Tesla’s Autopilot highly in a test of the latter’s compact crossover SUV, as part of a review of driver assistance systems. The Tesla Model Y has been awarded a Good+ (G+) rating in the China Automobile Research Intelligent Vehicle Index (IVISTA), as shared on Monday by @JayinShanghai. The […]
Peter McGuthrie
1 month ago

Tesla has extended delivery wait times for all trims of its Model 3 and Model Y electric vehicles (EVs) in China — reports CnEVPost. All Model 3 and Model Y trims now show a delivery time of 1-4 weeks on Tesla’s Chinese vehicle configurator. All other details, including price, remain the same. Prior to the change, […]
Nehal Malik
1 month ago