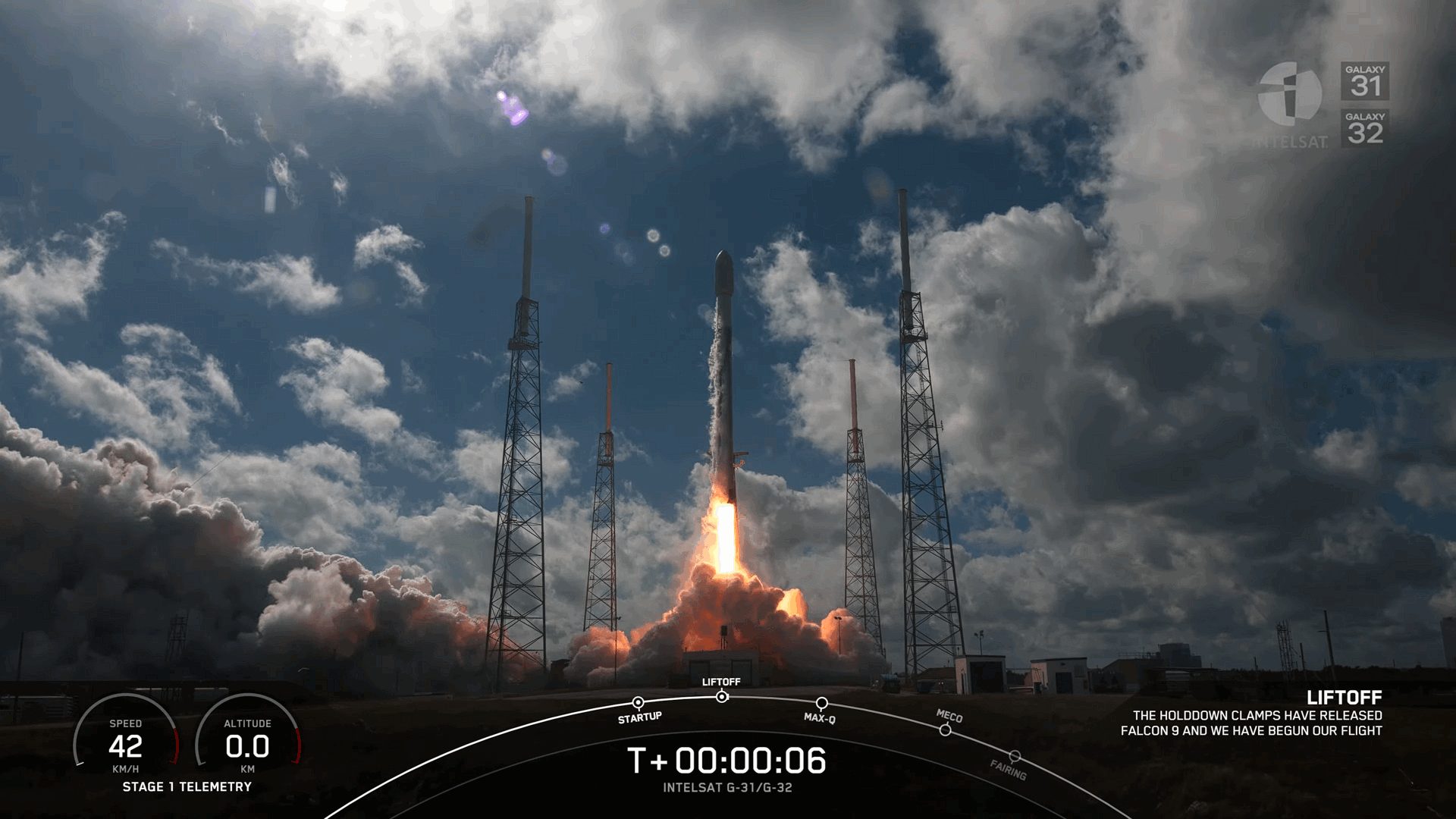 The Falcon 9 booster used for this mission, B1051-14, was a veteran of 13 previous launches. It also supported the Dragon capsule’s first crew demonstration mission, the RADARSAT Constellation Mission, SXM-7, and 10 different Starlink missions.

This launch marked B1051-14’s fourteenth and final mission. While SpaceX typically retrieves first-stage Falcon 9 boosters after they separate from the rocket, Intelsat paid the company extra to instead use that fuel to send the rocket farther and expend its first stage. This was SpaceX’s first expendable Falcon 9 flight since January 2022.

You can watch SpaceX’s full Intelsat G-31/G-32 launch in the video below:

SpaceX has now flown a total of three missions for Intelsat. Last month, the company launched Intelsat’s G-33 and G-34 satellites into orbit.

Earlier this week, SpaceX delayed its Dragon cargo mission to the International Space Station (ISS)  for NASA to November 21 due to Hurricane Nicole.

After SpaceX unveiled its Starlink RV mobile internet service earlier this year, one customer of the company is showing off the contents of the order. SpaceX’s Starlink RV internet kit was spotted being unboxed on Monday, showing the next-generation terminal as it comes from the company (via Reddit). The photo shows the RV kit sitting […]
Peter McGuthrie
6 hours ago