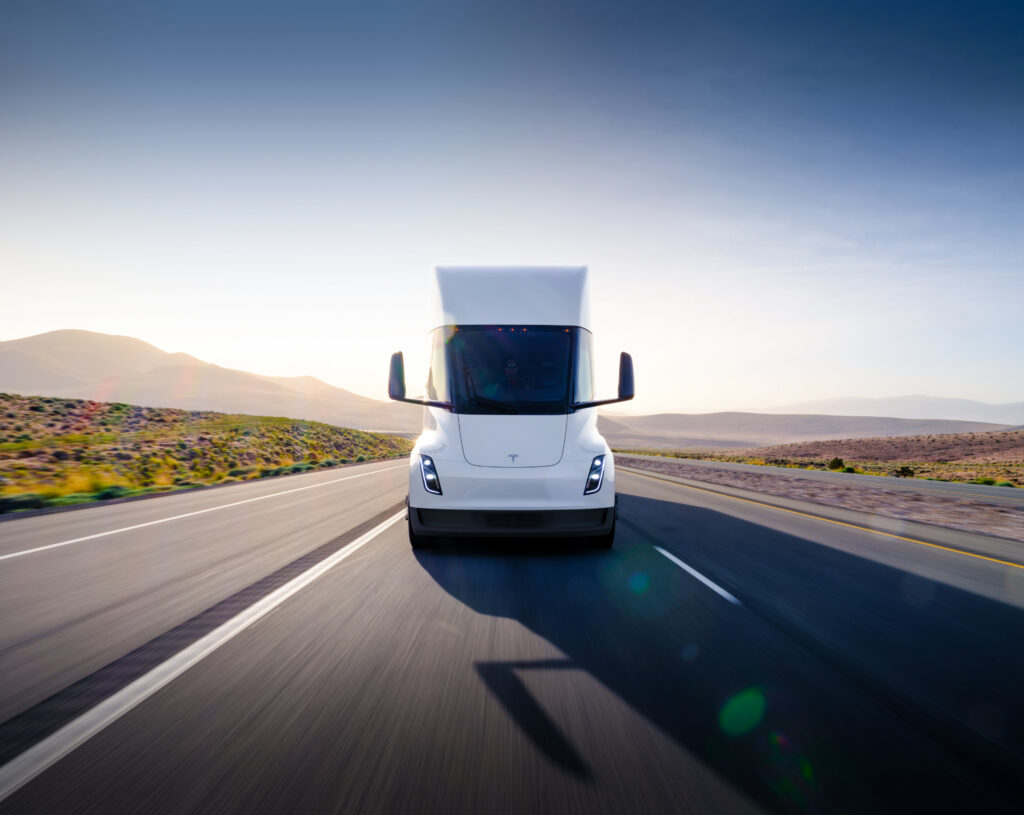 Tesla CEO Elon Musk announced on Thursday the company has started production of its Semi truck, with the first deliveries to take place on December 1, for customer Pepsi.

“Excited to announce start of production of Tesla Semi Truck with deliveries to @Pepsi on Dec 1st!”, said Musk.

Excited to announce start of production of Tesla Semi Truck with deliveries to @Pepsi on Dec 1st! pic.twitter.com/gq0l73iGRW

Back in August, Tesla shared new press photos of its Semi truck, while it closed reservations that month as well. As for the latest Semi updates, Tesla says it will have three independent motors instead of four and recover around 70% of range in 30 minutes, when using a Semi charging stations.

“Three independent motors provide instant torque and unmatched power at any speed so drivers can merge safely and keep pace with traffic. Accelerate from 0-60 mph in 20 seconds, fully loaded, and maintain highway-level speeds even up steep grades,” is how Tesla describes its Semi.

Tesla on Thursday evening held its Semi delivery event, where it delivered its first production electric truck to customer, PepsiCo. Company CEO Elon Musk was on hand for a presentation alongside Dan Priestley, Senior Manager, Semi Truck Engineering the company (who did an incredible job beside Musk). Both Musk and Priestley highlighted the major features of […]
Sarah Lee-Jones
20 hours ago