Tesla and SpaceX CEO Elon Musk was set to face a deposition on Thursday, but that has been delayed. Twitter agreed to postpone the deposition after Musk offered again to buy the social network on the original terms of $44 billion.

According to unnamed sources speaking to the Financial Times, the delayed deposition was agreed upon by Twitter. Musk was scheduled to be deposed at 9:30 am ET on Thursday in Austin, Texas, at the offices of Wilson Sonsini Goodrich & Rosati. Musk was set to face deposition for two days by Bill Savitt of Wachtell, Lipton, Twitter’s lead litigation attorney.

Reuters corroborated the Musk deposition delay, citing an unnamed source familiar with the case. The deposition was delayed previously after Musk cancelled over COVID-19 exposure concerns.

The Wall Street Journal previously reported Musk and Twitter tried to discuss a deal over potential price cuts, but nothing materialized.

A source told the Times Musk tried to add a new contingency to the deal, that was not part of the original terms, specifically closing the deal on the condition that debt financing would be secured.

Judge Kathaleen McCormick overseeing the case in Delaware Court of Chancery, wrote on Wednesday, “The parties have not filed a stipulation to stay this action, nor has any party moved for a stay. I, therefore, continue to press on toward our trial set to begin on October 17.”

Musk said the acquisition of Twitter would help fast track the creation of ‘X’, what he described as the “everything app”, and may be his version of the all-in-one app WeChat that’s popular in China for messaging, payments, shopping and more. 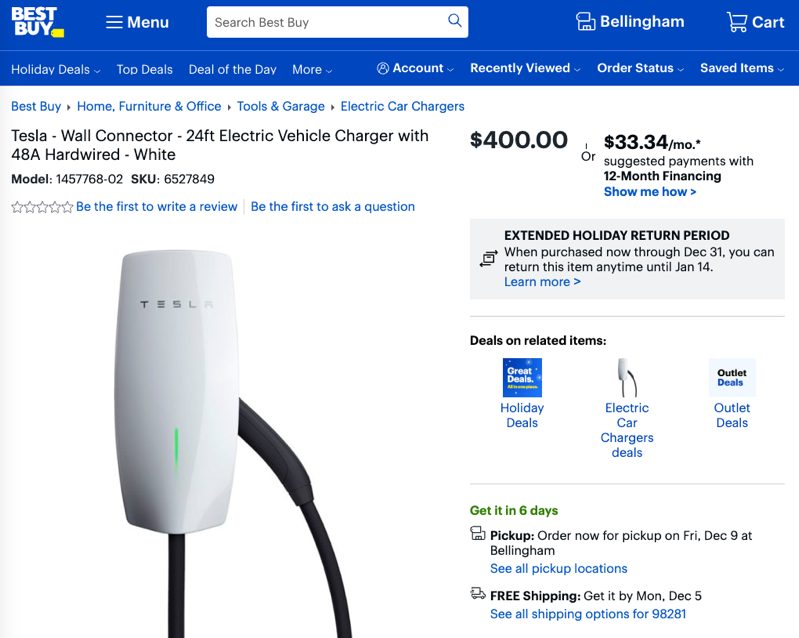 Tesla Wall Connectors can now be purchased online from Best Buy, instead of just from Tesla’s online shop. The Tesla Wall Connector (3rd gen) and J1772 Wall Connector are both listed online on Best Buy’s website (via @BLKMDL3), priced at $400 and $550 USD respectively, which is the same as Tesla’s pricing on its online […]
Sarah Lee-Jones
4 hours ago

Earlier on Monday, Tesla’s online store launched new On the Road accessories for your hot and cold beverages, with a new cup, vessel and tumbler available for purchase in black or white, in time for holiday gifts. On the Road Vessel “Fill it, seal it, sip it along the way. Hot or cold,” says Tesla. […]
Sarah Lee-Jones
23 hours ago

Update Nov. 28, 2022: Tesla just updated its iOS app and confirmed release notes are viewable in its app now. The release notes for Tesla software updates are only available within vehicles, but that appears to be changing soon. That’s according to information shared by @DirtyTesla and seemingly corroborated by a source to @Teslascope. “Coming […]
Sarah Lee-Jones
23 hours ago