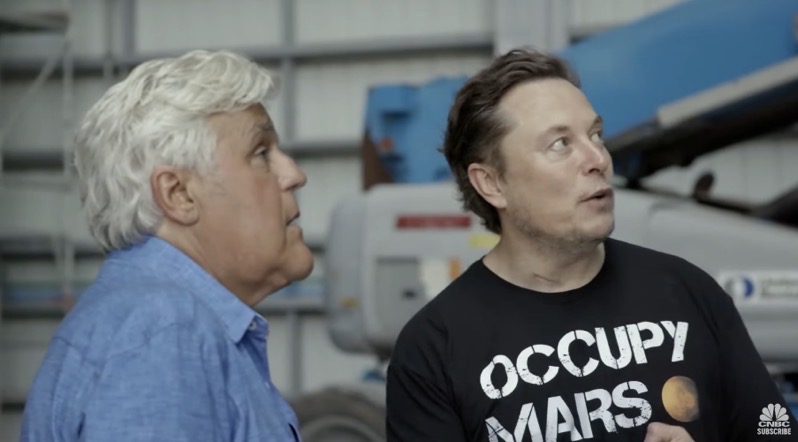 You’ve seen the teasers, but the full episode of Tesla and SpaceX CEO Elon Musk on Jay Leno’s Garage is now available on YouTube, with the full 46-minute episode available for viewing, “for a limited time.” The video takes place from SpaceX’s Starbase in Boca Chica, Texas.

“Billionaire entrepreneur Elon Musk invites Jay to Texas where we get an exclusive personal tour of his revolutionary rocket factory, SpaceX. The full episode is available here for a limited time only and watch all-new episodes of Jay Leno’s Garage Wednesdays at 10pm ET on CNBC,” says the video description.

Check out the full episode below on YouTube–the full video aired yesterday on CNBC:

Leno has been a longtime supporter of Musk, advocating the entrepreneur’s efforts for advancing American manufacturing and innovation.

As SpaceX continues launching Starlink satellites into its orbital constellation, the company is also making the low-Earth orbit (LEO) broadband service available in some of the world’s most remote locations. @SpaceX announced on Tuesday that its Starlink satellite internet has become operational in two of the world’s most remote locations: Pitcairn Island and Easter Island. […]
Peter McGuthrie
4 days ago