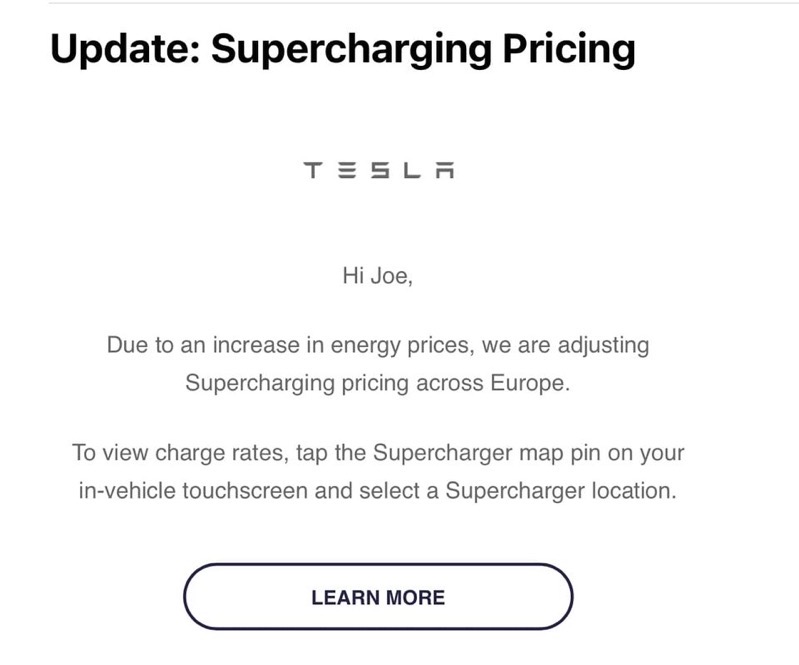 Tesla has announced to customers in Europe that Supercharging pricing is increasing.

In an email to customers, Tesla explains, “due to an increase in energy prices, we are adjusting Supercharging pricing across Europe.”

Tesla says new charge rates can be viewed when owners tap Supercharger pins in their vehicles after tapping a Supercharger location.

Despite the price increases at Superchargers, it’s still cheaper than what it would cost to own a gas vehicle. Owners that have home charging are still paying rates lower than Superchargers. But this is not the case for Tesla owners in the Netherlands, where it’s cheaper to charge at Superchargers instead of at home.

Many noted that one factor for the increase in energy pricing in Germany, for example, was the shut down of nuclear plants and instead relying on Russian oil.

You can see a list of pricing at Superchargers here.