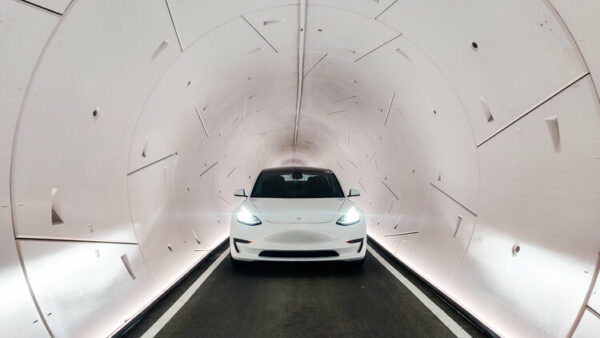 Following The Boring Company’s move to back out of preliminary plans in San Bernardino County, local transit authorities are looking to pick a subterranean project back up.

San Bernardino County Transportation Authority has revised plans for an underground tunnel to Ontario International Airport and plans to move forward without the aid of The Boring Company, reports The LA Times.

The plans are based on The Boring Company’s initial 2019 proposal to construct a tunnel from the Rancho Cucamonga Metrolink Station to the airport.

The proposed cost of The Boring Company project was under $100 million — far less than the roughly $1 billion the county would pay for an above-ground connection system.

In 2020, the board of directors from the transit authority voted to pursue the project, though Musk and The Boring Company have since abandoned those plans.

In a statement, Watkins said, “This is still a viable project, and we’re moving forward.”

The revised plan includes two 4.2-mile tunnels running to and from the airport and is expected to cost $492 million.

The loop will take just 10 minutes to cart rides from the Cucamonga Metrolink station to the airport, and there will be three total stations built above ground.

As for why The Boring Company backed out of the Ontario Airport Loop tunnel project?

According to the Daily Bulletin, Boring and SBCTA officials started negotiating in February 2021. But when the SBCTA wanted a third party study to determine the project’s impacts, with an early 2022 deadline for a proposal, “the Boring Company didn’t want to pursue it” and did not make a submission, said SBCTA spokesman Tim Watkins.

Elon Musk to Build Private Airport Outside of Austin: Report