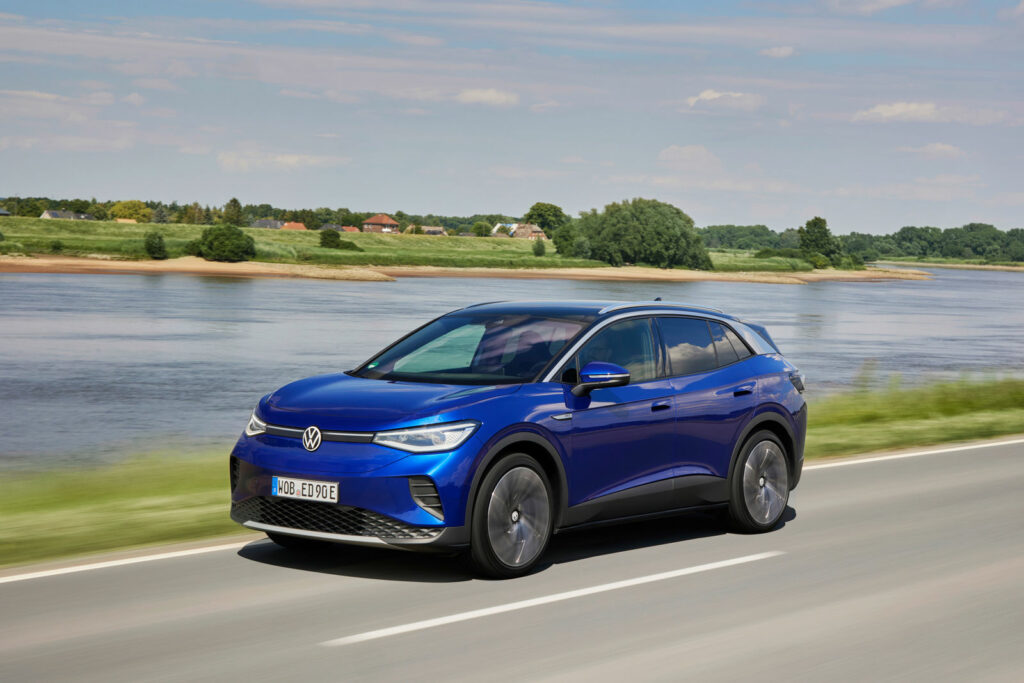 Volkswagen announced on Monday a cheaper version of its ID.4 electric vehicle is coming soon.

The cheaper ID.4 will have a smaller 62 kWh battery, 24% smaller than the 82 kWh battery found in the current vehicle with 275 miles of EPA range.

Design-wise it’s expected to be the same as the current ID.4 and will likely have a single motor with RWD configuration, offering less power and range compared to ID.4 Pro and Pro S versions available today.

According to CNET, Volkswagen said “More details regarding the locally produced MY23 ID 4 EV will be announced soon,” referring to the new vehicle’s production at the German automaker’s Chattanooga plant in Tennessee.

The ID.4 crossover SUV looks to compete against the likes of Tesla’s Model Y.

Volkswagen shared its next-generation ID.3 on Friday, set to be fully unveiled to the public in the spring, according to a press release from the company. Customers can order their next-generation ID.3 models now and can expect to receive deliveries from Q4 2023. The new version of the Volkswagen ID.3 will initially be produced at […]
Peter McGuthrie
23 hours ago