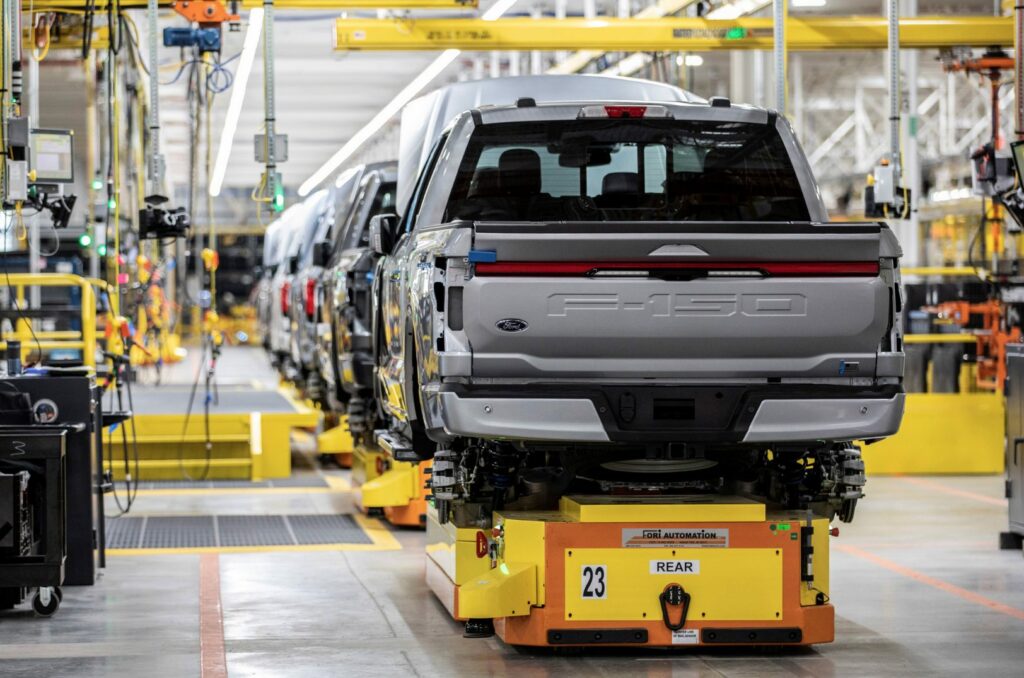 Ford issued a recall on Monday for its F-150 Lightning electric pickup in the U.S. and Canada, affecting nearly 2,900 trucks.

This is the first recall for the F-150 Lightning and it’s due to a software issue, that may not provide enough warning of low tire pressure, reports Reuters.

Ford says the tire pressure monitoring system may not alert owners, as the cold tire inflation pressure was set incorrectly at 35 psi, instead of the correct tire pressure of 42 psi.

The recall affects 2,666 F-150 Lightning trucks in the U.S. and 220 in Canada. So far, no accidents or injuries have been reported due to the issue.

The software issue may result in poor truck handling and possible loss of control, which may lead to an increased risk of a crash. Ford dealers will fix the issue by updating the Body Control Module software for electric trucks that have not been delivered yet.

Current customers who want this fixed right away can visit dealers to have the fix applied, which takes about 20 minutes. But an over-the-air software update will become available for all existing customers within 30 days.

Recently, Ford also issued a recall for its Mustang Mach-E, as a safety issue is affecting 49,000 cars.

Legacy automaker Ford has reached an important production milestone this week, showing that the company has been able to produce a sizable number of Mustang Mach-E units since it was introduced in 2020. Ford CEO @Jim Farley announced on Wednesday that the automaker produced its 150,000th Mustang Mach-E, ahead of the company’s plans to expand […]
Peter McGuthrie
1 day ago