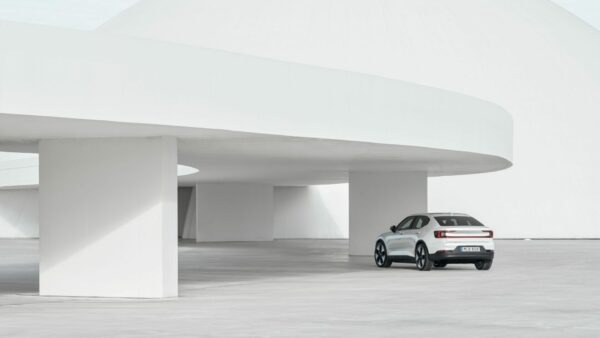 It’s been a big week for Polestar, as it has now finalized its Special Purpose Acquisition Company (SPAC) merger and has officially gone public.

Polestar began trading on Nasdaq under the ticker “PSNY” on Friday, after the company finalized a SPAC deal with Gores Guggenheim, according to CNBC.

The merger was completed as expected this week, with the companies finalizing details of the deal on Thursday, leading to the ticker’s listing on Friday.

Polestar’s shares were trading at $12.98 on Friday, up about 15.5 percent from the SPAC’s closing price on Thursday — before selling off throughout the rest of the day, closing down by about 3 percent.

In an interview with CNBC, Polestar CEO Thomas Ingenlath said, “We go public as an operating and successful business — not to raise capital to build a business.” Ingenlath continued, “It’s because the next three years will be super-fast growth, the company is geared up for that with the product portfolio.”

The SPAC merger raised $850 million, which Ingenlath says the company will use to enact its three-year business plan to help make the electric vehicles (EVs) more profitable.

On Thursday, Polestar also unveiled the Polestar 5, featuring 871 horsepower and is set to enter production in 2024.