Elon Musk in Brazil for the Launch of Starlink, Government Talks 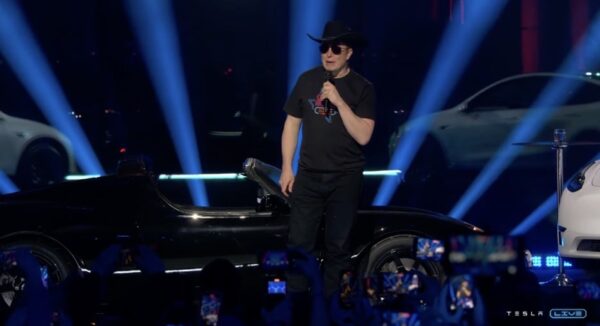 Starlink’s low-Earth orbit internet has been expanding to countries around the world, and a meeting this week could help the company expand to one more in South America.

SpaceX Head Elon Musk will meet with the Brazilian President this week to discuss the potential for a partnership on rural connectivity, according to Reuters.

Musk will meet with Brazilian President Jair Bolsonaro on Friday to discuss possibilities for Starlink internet in remote parts of the country.

The meeting will take place in a hotel near Sorocaba in Sao Paulo, Brazil, and will include multiple business executives such as Telecom Italia’s CEO Pietro Labriola and lender Banco BTG Pactual chair Andre Esteves.

Thanks for having me!

@FabioFaria wrote on Twitter that Musk was also arriving in Brazil “to discuss Connectivity and Protection of the Amazon.”

Super excited to be in Brazil for launch of Starlink for 19,000 unconnected schools in rural areas & environmental monitoring of Amazon! 🇧🇷 🌳 🛰 ♥️

In a tweet acknowledging the meeting in response to @FabioFaria, @ElonMusk on Friday said “Thanks for having me!”

The meeting with Brazil’s far-right Bolsonaro also comes just days after Musk wrote that he will “vote Republican” on Twitter, adding that he can’t support Democrats anymore.

After news that Musk had acquired Twitter, the Tesla and SpaceX head has added that the deal can’t move forward without the company clarifying the number of bots on the platform.

SpaceX has launched Starshield, a new, secured satellite service geared toward government entities and national security applications. It sounds kind of like Starlink, but for the government instead of regular consumers and capable of more than just providing an internet connection. “Starshield leverages SpaceX’s Starlink technology and launch capability to support national security efforts. While Starlink […]
Nehal Malik
2 days ago

In early November, SpaceX announced a new Fair Use policy for its Residential customers in the US and Canada, along with all Business and Maritime customers. The new policy was set to begin in December 2022, but now SpaceX has delayed the policy, according to an update on its website. The plan would offer up […]
Sarah Lee-Jones
3 days ago