According to a report from InfluenceMap, which keeps track of companies’ lobbying activities for or against climate policy around the globe, Tesla ranks number one for climate policy engagement, while other automakers lag far behind the electric vehicle (EV) pioneer.

Considering the current rate at which the world’s biggest automakers are electrifying their fleets, the database also said that Tesla is one of only two automakers that will meet the International Energy Agency (IEA)’s 1.5C trend for zero-emission vehicle production. 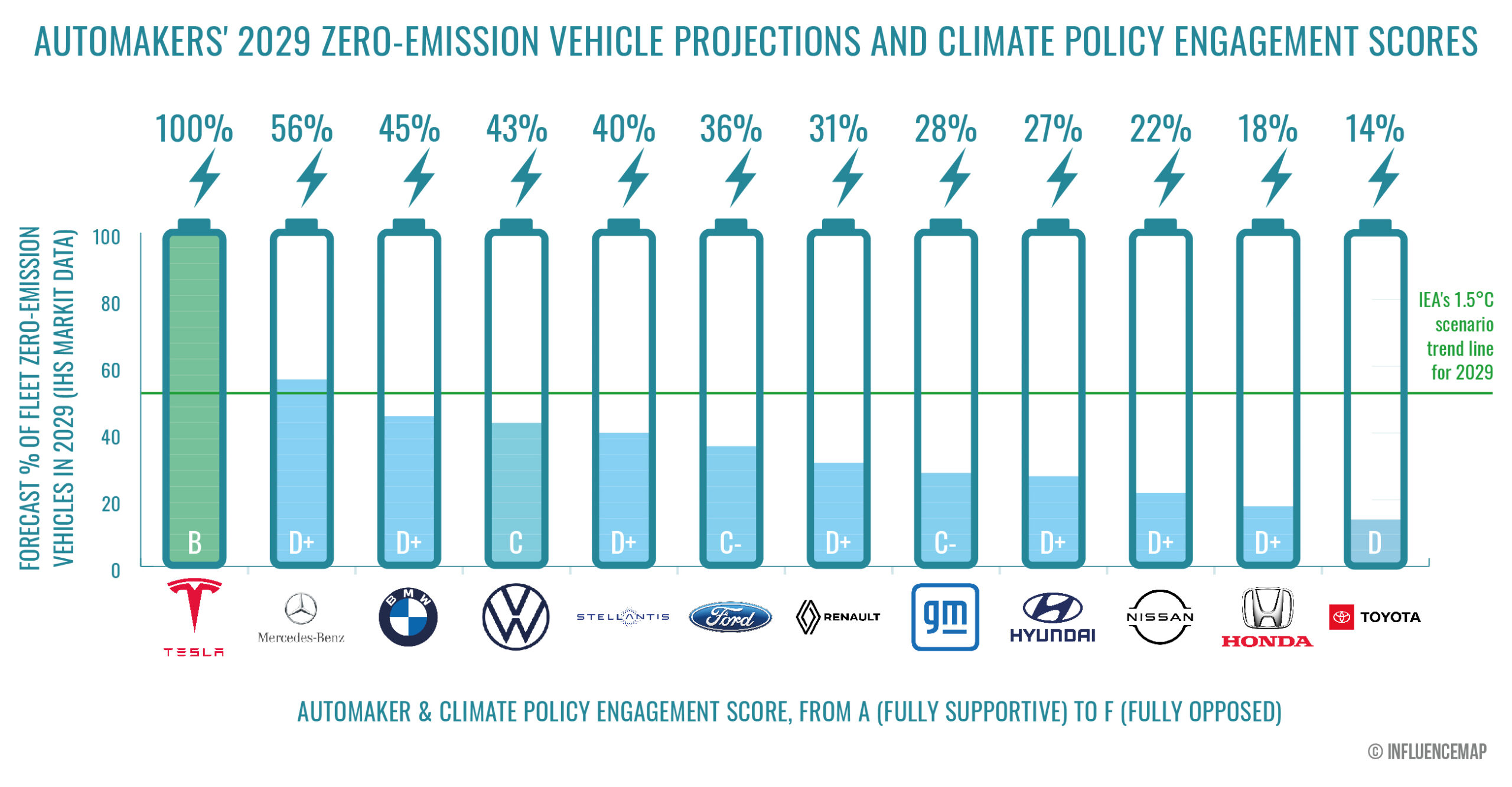 The IEA requires that 57.5% of all new vehicles sold by 2030 be zero-emission. Mercedes-Benz is the only other automaker poised to meet this goal right now.

Japanese automotive giant Toyota placed last in InfluenceMap‘s rankings. Toyota expects only 14% of the cars it produces to be all-electric by 2029, and the company was also found to be the worst offender in lobbying against climate policy.

Our latest report shows automakers lagging in the transition to battery electric vehicles (BEV) tend to have the most negative climate policy engagement.

Toyota has the lowest policy engagement score, and its forecast BEV output is just 14% by 2029.https://t.co/G6ThHC1GzO pic.twitter.com/YNjBlqEajj

Toyota last year said it would invest $70 billion USD in its transition to EVs by 2030. The automaker plans to launch 30 all-electric models with annual sales of 3.5 million units by 2030.

InfluenceMap‘s analysis indicates that the automotive industry as a whole is not switching to EVs nearly as quickly as it needs to in order to achieve global climate targets. What’s more, there are also significant regional differences in EV production forecasts.

Tesla was assigned a ‘B’ letter grade for its overall performance in climate policy engagement, the highest of the 12 global automakers evaluated.

Many of the other carmakers exhibited higher engagement intensity than Tesla but had lower letter grades for performance, indicating that much of the automotive industry is actively lobbying against global climate policy.

It was reported earlier Tesla was removed from the S&P 500 ESG index, but oil and gas producer Exxon remains. Elon Musk criticized the decision, calling the index a “sham”.