German YouTubers Add Giant Chains to Tesla Model 3, Because Why Not? [VIDEO] 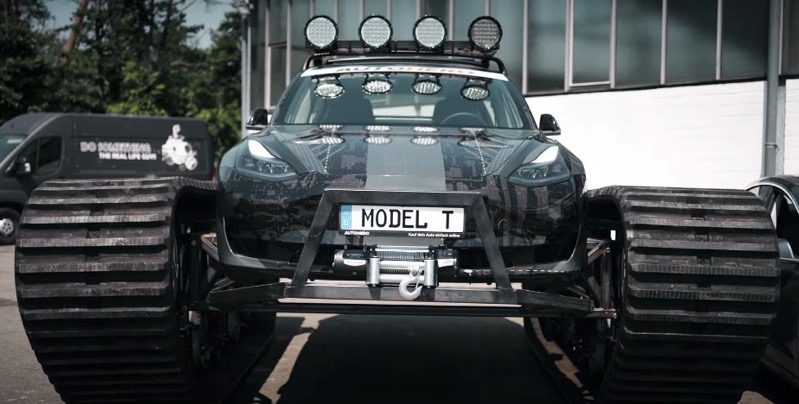 German YouTube channel The Real Life Guys have modded a Tesla Model 3 by adding massive chains to the electric sedan.

The video below details the whole build, which took four weeks to complete working night and day on the project. Essentially what we have here is a Tesla Model 3 with its wheels removed and instead, chains added turning this into an electric tank.

Eric from The Real Life Guys thinks the team modded his personal Model 3 with the massive chains, so the video is also a prank as well.

When it came down to the final installation, it took three hours just to attach one side, as the channel says “it was super difficult to bring it into position and attach screws.” The Model 3 also has a winch added to the front that can pull up to six tonnes, while the ground clearance is at 80cm (31.49 inches).

Despite this, the video details some incredible engineering in modding this Tesla that looks pretty badass at the end. Check it out below (English subtitles available):

It’s unclear how the team will be able to steer the Model 3 left and right, as the video doesn’t show the vehicle in action. A future video will be coming to show the Model 3 tank in action.