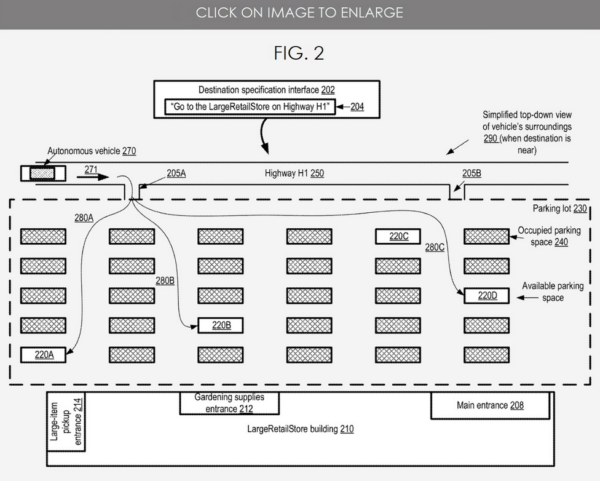 As Apple’s mysterious self-driving car project continues to test and grow behind the scenes, a new patent related to the company’s possible car tech was published this week.

The U.S. Patent and Trademark Office published a patent from Apple on Tuesday relating to autonomous driving and an advanced “Guidance System” that fine-tunes final destinations, according to Patently Apple.

The advanced Guidance System includes components of gestures and the use of a touch interface to mark an intended stopping point, in addition to voice commands that can be used to tell the vehicle “park over there.” 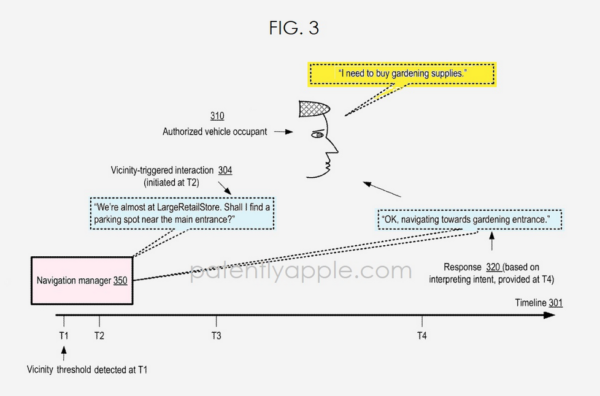 The combination of a voice and a touch command could include tasks like “Park near the door,” or other specific statements.

As of yet, this is the first we’ve seen of an intuitive voice control system being used in tandem with features not unlike Tesla’s auto-park and summon tasks. 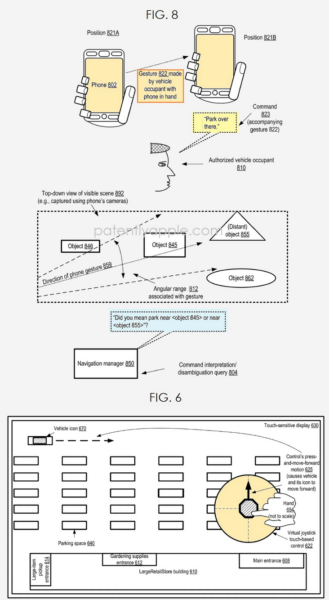 The patent, application number 20220137625, also includes a handful of figures depicting how the use of the Guidance System might work between gesture and voice command use.