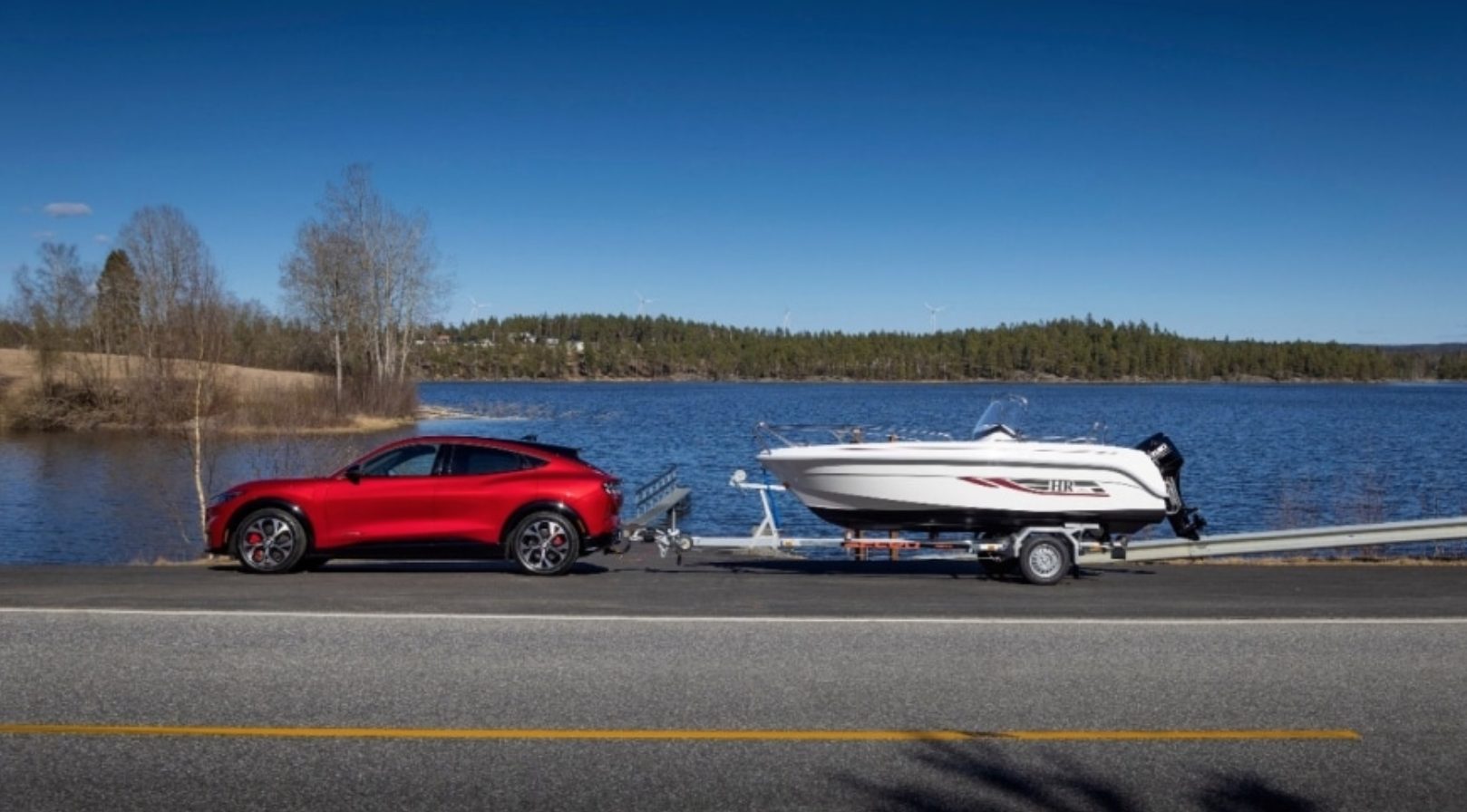 The Ford Mustang Mach-E has been available for over a year now in Europe, and the automaker is announcing a few improvements to the vehicle’s extended-range variants across the pond.

Ford increased the braked towing capacity of the Mustang Mach-E to 1,000 kilograms for the extended range models in both the rear and all-wheel drives variants, according to a press release shared by the automaker on Tuesday.

As noted in the release, the increase is enough to allow drivers to tow a small or medium-sized fiberglass fishing boat.

Ford Europe General Manager of Imports, This Woelpern, emphasized how the change was made in response to customer feedback.

Woelpern said, “The towing upgrade for Mustang Mach-E is one of a number of free updates we’re continuing to make in hardware and software or through homologation to give owners the best experience possible.”

“With towing in particular, it was a great example of us responding to customer queries, where we checked the feasibility of an increase and were able to deliver what they wanted,” added Woelpern.

The automaker says roughly 88% of customers buying the Mach-E are from other car brands. Ford says the Mustang Mach-E will continue to get upgrades through over-the-air software updates.

The news comes the same week that Ford announced increased horsepower and payload capacity for the F-150 Lightning ahead of release.

Consumer Reports rated the Mustang Mach-E ahead of the Tesla Model 3 the top EV for 2022 in February, saying the electric SUV’s cameras and driver monitoring system couldn’t be easily tricked.