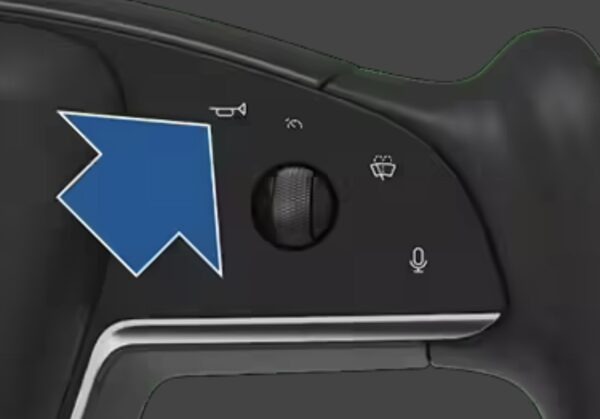 Back in January, it was reported Tesla was reportedly set to bring a push center horn to its Model S and Model X vehicles with yoke steering wheel, instead of a touch button as it currently stands.

A Model S at the time was spotted with a sticker that said, “airbag horn enabled in SW 352573”. Many speculated whether this change was based on an upcoming software or hardware.

On Tuesday, Tesla CEO Elon Musk confirmed a push button horn was coming back, waiting to be unlocked by a software update.

“All cars made since November also have push center for horn – just waiting on firmware update. If you mash right side of yoke with your palm, horn will trigger,” said Musk a few moments ago.

All cars made since November also have push center for horn – just waiting on firmware update. If you mash right side of yoke with your palm, horn will trigger.

The current instructions for sounding the horn on a yoke steering wheel? Tesla instructs owners, “to sound the horn, press and hold the horn button on the right side of the steering yoke.”

Last week, it was discovered in Tesla software code the company may be planning an option for customers to choose from a regular steering wheel or the yoke.