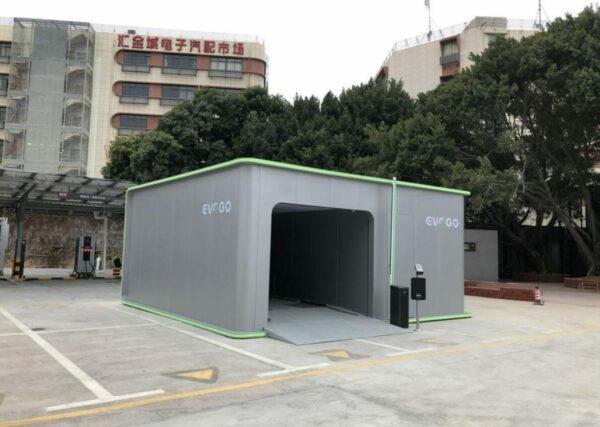 After reports held that China-based Tesla Supplier CATL would be launching a battery swap platform earlier this month, the company’s first station has officially been spotted.

CATL revealed its first battery swap station in China on Tuesday, located in Xiamen, Fujian, after being built more than a month ago, according to Cailian (via CNEVPost).

The battery swap station takes up about six parking spaces in the lot, and it does not appear to have a staff operation room of any sort.

This was also CATL’s first time revealing its battery swap station brand, EVOGO, which offers the stations themselves as well as battery blocks and a mobile app.

Battery swaps at CATL’s EVOGO are expected to take just one minute to replace a given battery, with the station storing up to 48 battery blocks at a time.

Each CATL battery block is also expected to offer about 200km of range.

The battery swap space in China is most well-known from electric automaker, NIO.

Based in the nearby Ningde City in China’s Fujian province, CATL opened a Shanghai factory last year which is already supplying batteries to Tesla, according to a report from earlier this month.