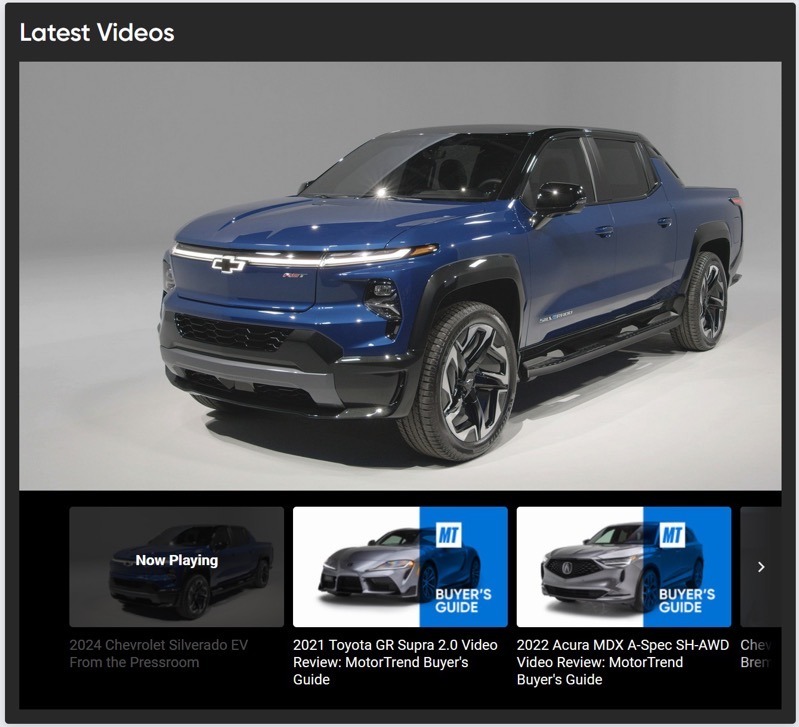 We may have our first look at the upcoming 2024 Chevrolet Silverado electric pick-up, ahead of its reveal at CES 2022.

An image of what appears to be the Chevy Silverado EV leaked from Motortrend and was shared widely on the internet and on Reddit (via @EndlessPlaid). The image was later pulled after both Motortrend and Chevrolet requested the picture be removed, but Redditors saved a copy of the picture seen above.

The apparent Chevy Silverado seen has a beefy front end and has a light bar reminiscent of Tesla’s Cybertruck, while the rear cab design looks somewhat small. The unveil of the Silverado is set to happen shortly this morning, so we’ll find out soon enough if the picture seen is indeed the Silverado (it sure does look like it).

Last month, GM said it would launch the Silverado with four-wheel steering and an estimated 400 miles of range in early 2023. The truck will use the company’s proprietary Ultium EV battery platform, built at GM’s EV plant in Detroit known as Factory Zero, the home of the Hummer EV pickup and SUV.