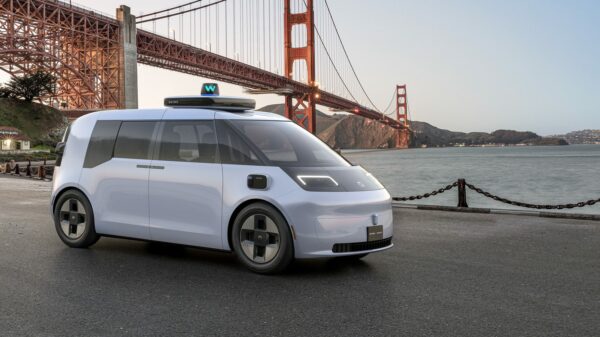 Waymo has announced a collaboration with Geely to use a version of the company’s Zeekr vehicle as the host for Waymo’s sustainable, autonomous ride-hailing program, the Waymo Driver, according to a press release.

The vehicle, which is different from the Geely Zeekr unveiled earlier this year at Auto Shanghai and was designed in Sweden, features dual-sliding doors on either side of the vehicle, with a total of five seats inside.

In addition, Waymo detailed its plans to offer the autonomous vehicle and its Waymo One program into the transportation-as-a-service (TAAS) network of ride-hailing programs, offering safety consistent with federal standards.

While it doesn’t say when the vehicles will be officially deployed, Waymo also said in the press release that it will “begin to introduce these all-electric, rider-first, fully autonomous vehicles on U.S. roads within our Waymo One fleet in the years to come.”

Earlier this month, Stellantis announced plans to reveal a Level 3 autonomous driving by 2024 in upcoming BMWs, as well as Level 4 and 5 autonomy through the use of Waymo’s self-driving tech.

In August, Waymo launched a “trusted tester” program for autonomous ride-hailing in San Francisco, just months after the Waymo CEO stepped down and took a new role as an adviser.