Tesla has removed pricing information for the next-generation Roadster from its website and is no longer accepting reservations for the $250,000 USD Founders Series version — reports Electrek.

There were only supposed to be 1,000 Founders Series Roadsters on offer, so they are likely sold out. That is especially possible considering Tesla has had well over three years to sell those 1,000 reservations — the company originally unveiled the new Roadster back in 2017, and started accepting pre-orders immediately after the announcement for an initial delivery date of 2020.

The Roadster was eventually put on the backburner as Tesla worked on other, more pressing projects. Tesla CEO Elon Musk said back in January that Roadster production would begin sometime in 2022, before confirming it won’t ship until 2023 in September.

Tesla markets the next-generation Roadster as “the quickest car in the world, with record-setting acceleration, range, and performance.” According to the electric vehicle (EV) pioneer, the Roadster will go 0-60 mph in 1.9 seconds and offer a range of over 600 miles (965 km).

The company has even teased a ‘SpaceX package’ for the Roadster, equipped with cold air thrusters for added performance and capable of going 0-60 mph in just 1.1 seconds. 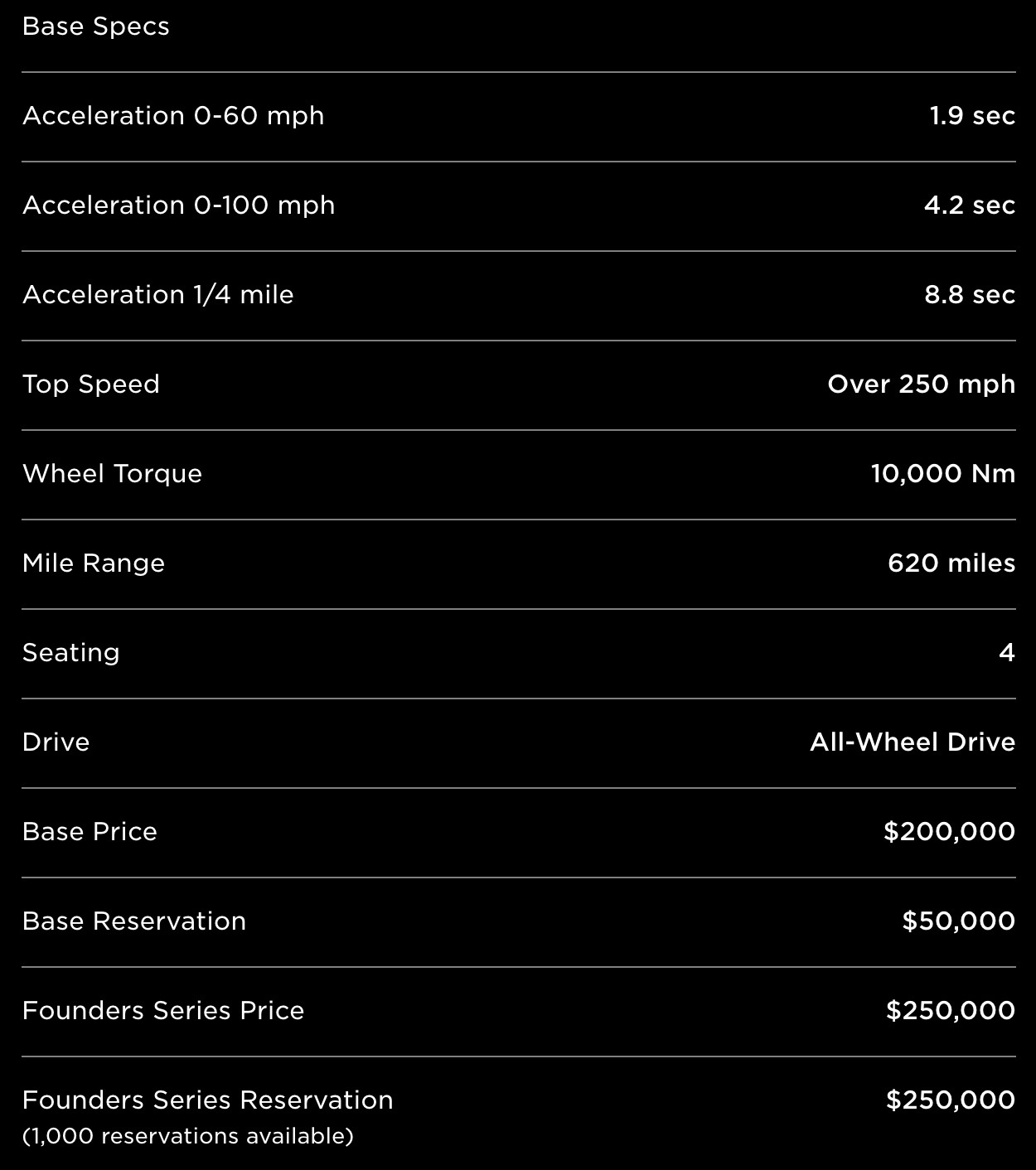 Tesla has now removed all of the pricing information except for the $50,000 USD reservation price for the base model Roadster. 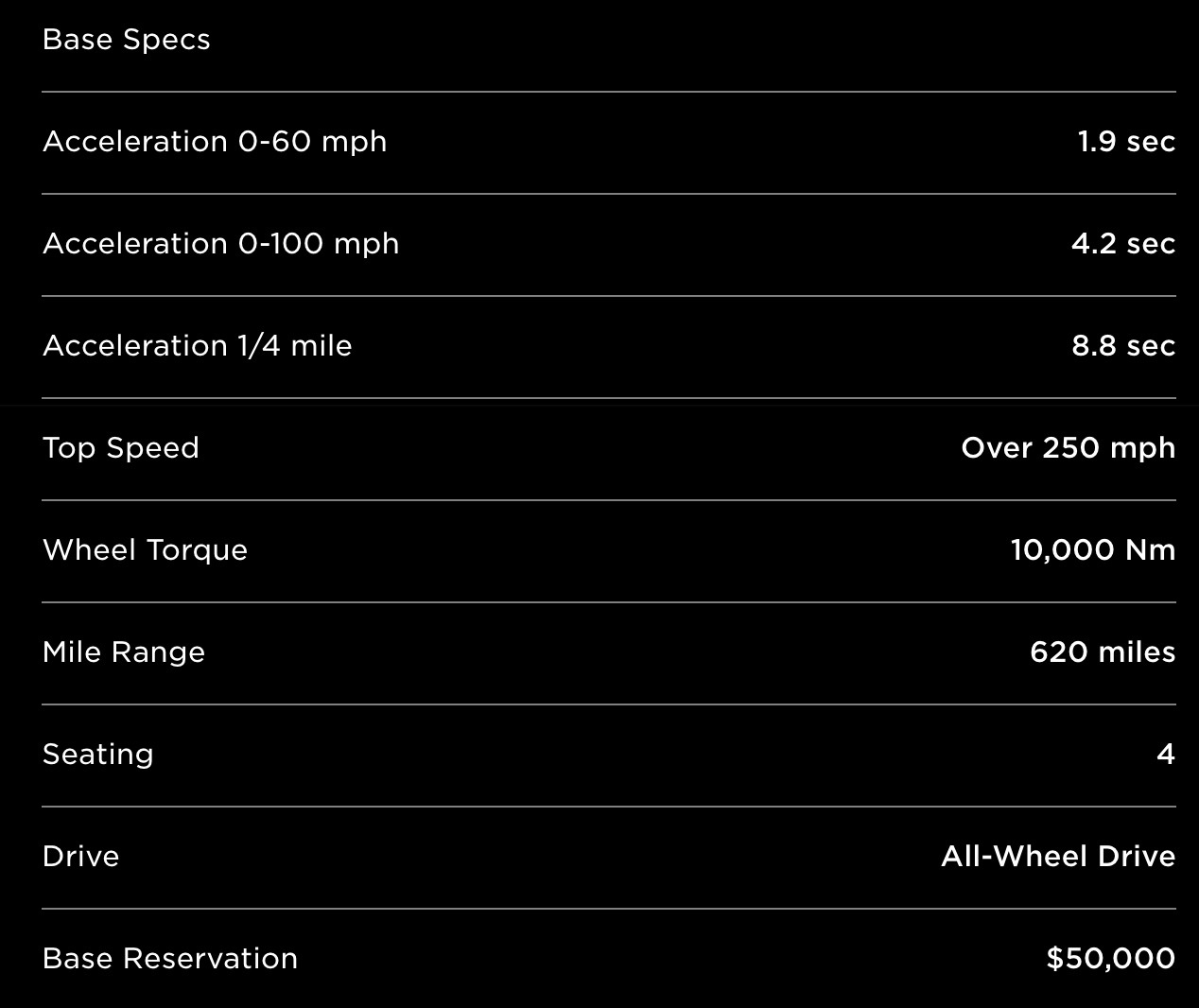 With the help of the Wayback Machine, Electrek discovered that the changes to the Roadster page were made somewhere between November 13 and December 12.