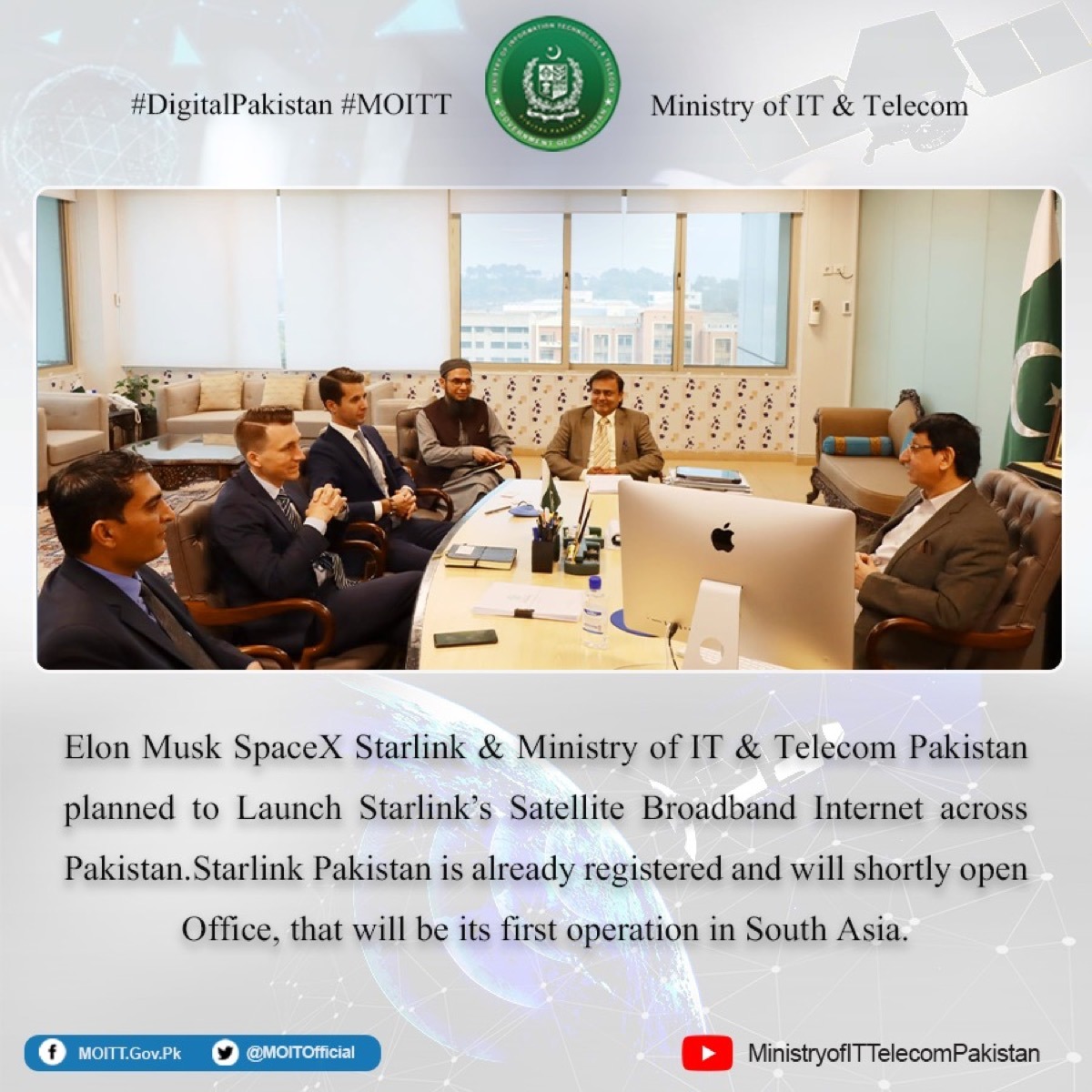 SpaceX’s low-Earth orbit (LEO) satellite internet Starlink is in talks with Pakistan authorities about introducing the service to the South Asian country.

Starlink representatives met with Pakistan’s Minister of Information Technology and Telecom Syed Amin-ul-Haque as well as IT Secretary Dr. Sohail Rajput on Tuesday, according to Dawn.

The delegation covered plans to launch Starlink across Pakistan, in addition to what investments into the country’s private sector might be available to Starlink.

In the meeting, Dr. Sohail Rajput also referenced Pakistan’s 40,000 schools as well as other small and medium enterprises as reasons why Pakistan’s demand for high-speed internet was increasing, especially in the country’s education sector.

Starlink has been registered as a company officially in Pakistan and is expected to open an office down the road.

The office and service in Pakistan would mark Starlink’s first time operating in South Asia, and would also be facilitated by Pakistan’s Balanced Space Satellite Regime.

SpaceX has been launching Starlink satellites into orbit over the past couple of years and has been rapidly increasing the countries that its service is available in throughout much of 2021.