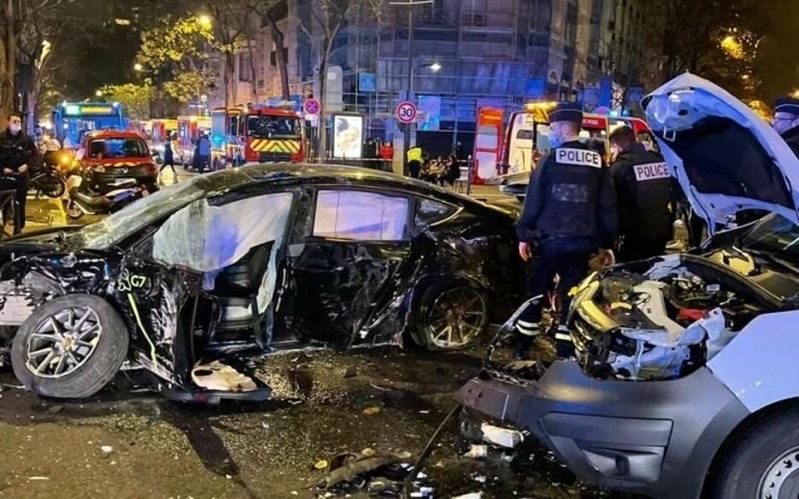 Paris taxi company G7 says it has suspended its Tesla Model 3 taxi fleet, which numbers 37 vehicles, after an off-duty driver was involved in a serious accident with one of the cars on the weekend.

G7 deputy Chief Executive Yann Ricordel told Reuters on Tuesday the driver of the Model 3 taxi was operating the taxi off-duty as the time, transporting his family to a restaurant when the motor vehicle incident occurred.

According to Ricordel, Tesla said on Monday its early investigation had ruled out a technical risk problem with the Model 3.

“Today we have two divergents views on the subject. We will maintain the suspension of the Tesla Model 3 while the investigation is ongoing, as a safety measure for our drivers, customers and other road users,” said Ricordel said.

The taxi driver of the Model 3 hit two pedestrians, the hit a glass container with the latter shrapnel injuring bystanders. In total there were 7 seriously injured and 13 slightly injured, reports Plugavel.

Tesla told Plugavel in a statement, “Initial data analysis does not reveal any technical failure of the vehicle. Tesla is working with the authorities and will provide the information at its disposal as part of the investigation.”

The accident saw the driver hit a cyclist and another vehicle. An image of the aftermath shows airbags were deployed from the collision and a badly damaged Model 3.

The Model 3 has been the best-selling electric vehicle in France for 2021 so far.