Biden Test Drives Hummer EV in Detroit, Calls it ‘One Hell of a Vehicle’ [VIDEO] 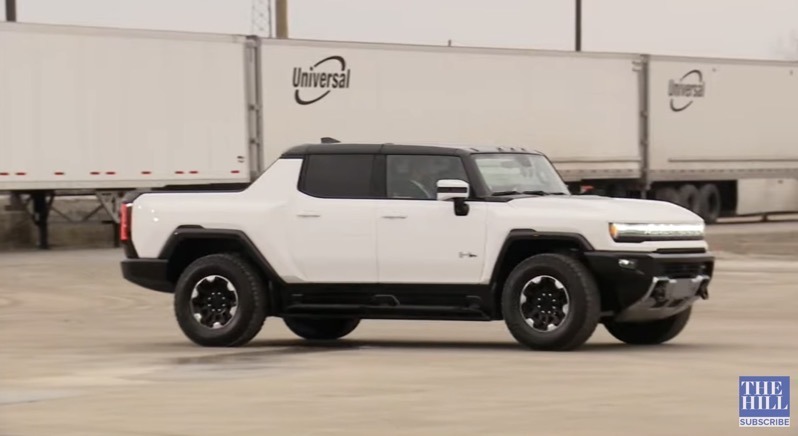 Check out the video of Biden driving the Hummer EV below:

According to Detroit News, the President called the Hummer EV “one hell of a vehicle” and was amazed at its speed.

“Anyone want to jump in the back, or on the roof?,” joked the President with reporters and attendees. “This sucker’s something else!”

GM is investing $35 billion in electric and autonomous vehicles worldwide through 2025 and plans to debut 30 new electric models by 2025, according to Barra.

The Factory Zero Detroit-Hamtramck Assembly Center is currently making pre-production GMC Hummer EV pickups, set to delivery by the end of 2021. Also being assembled at the plant–expected to employ 2,000 workers when fully operational–is the new Chevy Silverado EV.

General Motors (GM) is planning to invest $918 million into four U.S. plants dedicated to building V-8 gas engines and electric vehicle (EV) components, according to an announcement made on Friday. The news comes after GM shared plans to begin selling fully-electric models only by 2035, showing that the automaker will continue needing to balance […]
Peter McGuthrie
6 days ago