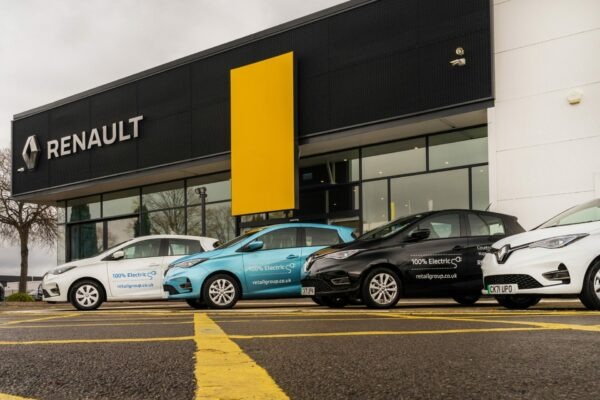 As electric vehicles (EVs) become more and more popular, one company has announced plans to switch its courtesy fleet to all-electric versions of one of its flagship vehicles.

Renault Retail Group is switching its courtesy fleet in England and Wales to all-electric Zoe E-Tech models, set to add 143 of the EV units to the company’s 21 currently-deployed E-Tech models, according to a press release. The EVs have rolled out to 15 dealerships across the two countries, and they’re already available to customers, as detailed in the release.

Managing Director of Renault Retail Group Ludovic Troyes said, “The 100 percent electric Renault Zoe has been prominent in the EV market for nearly 10 years, bringing zero-emissions motoring within the reach of everyone.” Troyes continued, “By switching to electric courtesy cars, Renault Retail Group is giving all our customers the opportunity to experience the benefits of electric motoring, so they too can take advantage of affordable running costs whilst being kinder to the environment.”

The company’s switch to electric will replace a number of internal combustion engine (ICE) vehicles including Renault Clio, Renault Captur and Dacia Sandero units. While the Renault Zoe plugin has remained successful in terms of sales, it was also dethroned by the Tesla Model 3 as the top-selling EV in France.

In addition to the fleet switchover, Renault is offering customers 48-hour test drives of the Renault Zoe E-Tech, which offers a range of 245 miles per charge and is priced from £27,595 ($37,084 USD) with the plug-in car grant.