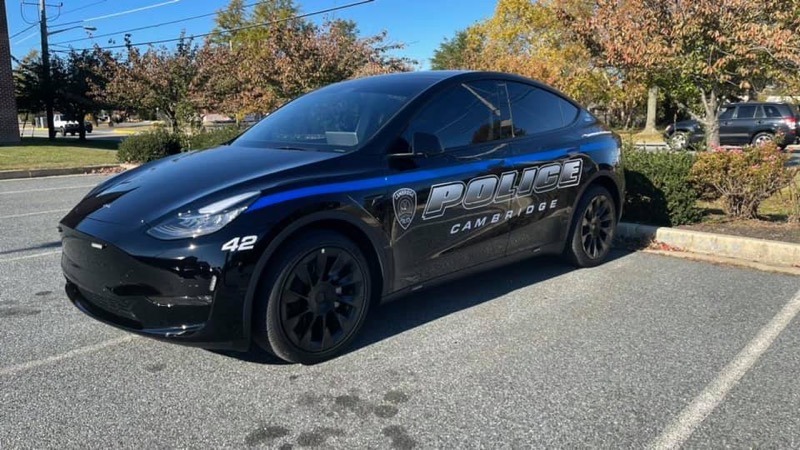 Looks like Tuesday is Tesla police fleet news on Tesla North, it appears.

“It’s a leased vehicle, so it should save the city probably about $30,000 over that five-year lease just on maintenance and fuel,” said Lewis.

The vehicle will be used by Cambridge’s community policing officer, Sargent Patton. “He will take it and use it for all of his events and really there’s no difference between this vehicle and our Ford Explorers, they’re the same. Just one is electric and one is a gas engine,” added the police chief.

Despite some backlash on social media saying the new Tesla is a waste of money, city commissioners replied the vehicle is the same price as the police department’s Ford Explorer vehicles.

The Model Y police car is part of a pilot program and if successful, more Tesla cruisers could be added to the Cambridge fleet in the future.

Earlier today, we reported the Aspen Police department is asking its city council to approve a $311,000 purchase of Model Y vehicles for its own fleet. Meanwhile, the Paragould Police department also recently added Tesla Model 3 vehicles to its fleet, part of numerous police departments around the globe switching to greener electric vehicles to reduce carbon footprints.