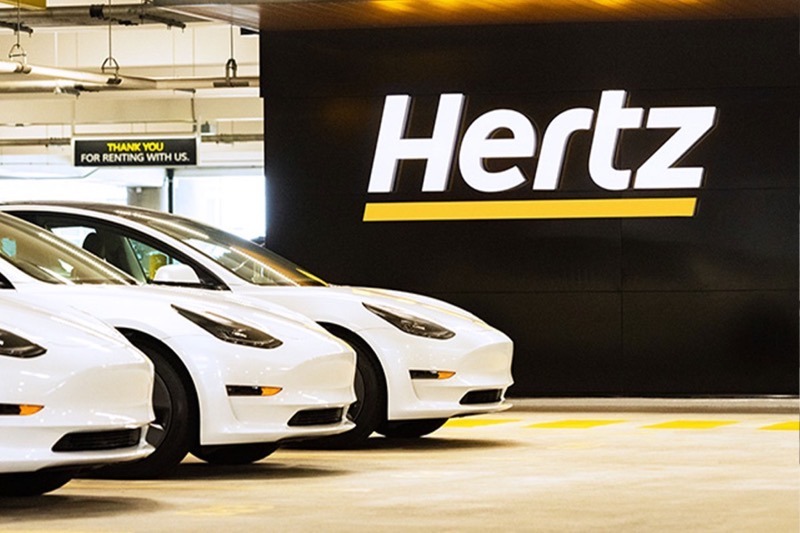 After announcing it ordered 100,000 Tesla Model 3 electric vehicles for its rental fleet, Hertz has now partnered with Uber in a new deal for ridesharing drivers.

Uber announced on Wednesday Hertz will offer up to 50,000 of its Tesla fleet exclusively for its drivers to rent by 2023, in the United States.

“This is the largest expansion of electric vehicles (EVs) on a mobility platform in North America and one of the largest globally, marking another step towards Uber’s zero-emissions goal,” said Uber on Wednesday.

Beginning on November 1, Uber drivers will be able to rent a Tesla Model 3 from Hertz in the following cities:

Uber says a “nationwide expansion” will come in the following weeks.

“This will expose more consumers to the EV experience than ever, as riders who use Uber start seeing Teslas more frequently throughout the holidays,” explained the ridesharing company.

Uber says the new partnership will offer environmental benefits for rental drivers seeking to work more hours and miles than average drivers. Ridesharing in electric vehicles can save up to 3-4x in emissions versus gas cars, says Uber.

Drivers will be required to have a minimum 4.7-star rating and have finished at least 150 trips to start renting a Tesla from Hertz.

The price includes insurance and maintenance for Uber drivers, who will also have access to the Tesla Supercharger network. Previously, Uber drivers had to supply their own Tesla vehicles for driving on the platform.

Uber says its Green Future Program also applies, offering $1 more per trip, up to $4,000 annually for drivers using an EV.

“While this partnership is a step forward to advance electrification on the Uber platform, it’s important to note that owning an electric vehicle is still too often more expensive than a traditional gas-powered vehicle,” explained the company.

Next time you order an @Uber, it might be one of our @Tesla EV’s 👀. Excited to provide up to 50K EV’s to @Uber drivers by 2023 #LetsGo pic.twitter.com/jUplCJisCf

“This is a critical challenge that we all must continue tackling together with government leaders through smart policy to bring the cost of EV ownership in line with or below gas-powered cars,” added Uber.

This is yet another exciting move made by Hertz, which filed for bankruptcy in June and has new owners Knighthead Capital Management and Certares Management. The move signals a new transition to EVs in the ridesharing space, especially from a big player such as Uber.