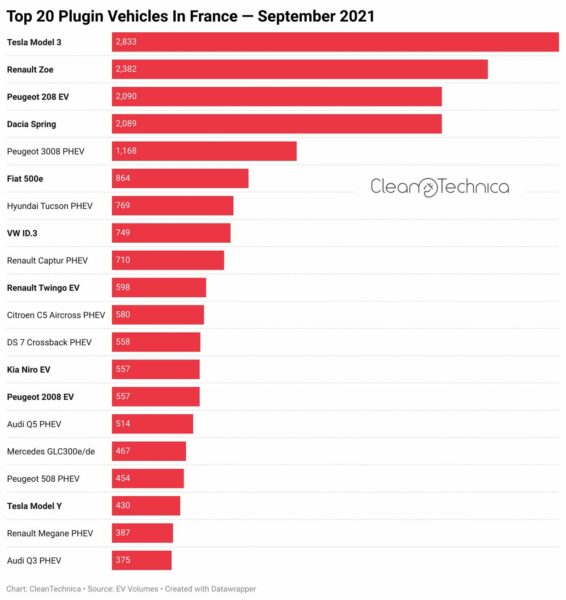 The Tesla Model 3 was the top-selling electric vehicle (EV) in France in August, and the overall upward trend of increased EV sales continued through last month, as detailed in a new report.

22 percent of all new September car sales in France were plugins, with plugin registrations totaling 28,781 units, according to CleanTechnica.

The number is split between 16,984 battery electric vehicle (BEV) units, as well as 11,797 plugin hybrid electric vehicles (PHEVs), and the news came at a time when the overall auto market was actually down 21 percent.

With France’s year-to-date EV registrations now over 200,000 vehicles, the plugin market share rose to about 17 percent, with BEVs making up about 8.5 percent of that share. This represents a 6 percent increase from the overall 2020 plugin market share of just 11 percent, and could potentially signal an upcoming 20 percent plugin share for the whole year of 2021.