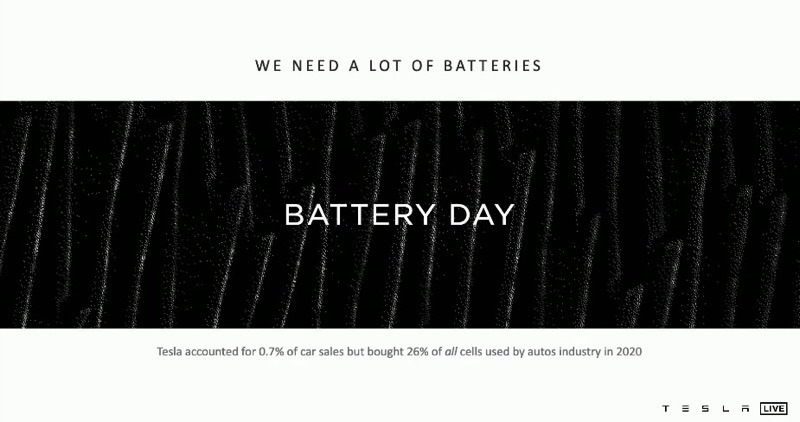 During Tesla’s 2021 shareholder meeting, CEO Elon Musk said Tesla is purchasing a lot of battery cells from suppliers at mass scale, as the company tries to keep up with customer demand.

“We need a lot of batteries”, reads Tesla’s slide deck on the matter. Tesla says it “accounted for 0.7% of car sales but bought 26% of all cells used by autos industry in 2020.”

Tesla is planning an ongoing focus on cost reduction, noting it is seeing a reduction in average selling price but gross margins are increasing.

The company also detailed its 5-step plan to “dramatically reduce cost” of battery packs and capital expenditures. The cost of its battery packs have been cut by 50%, while capex has been reduced by two-thirds.

Earlier, Musk said Tesla’s Model Y is expected to be the world’s best-selling car worldwide by 2023.