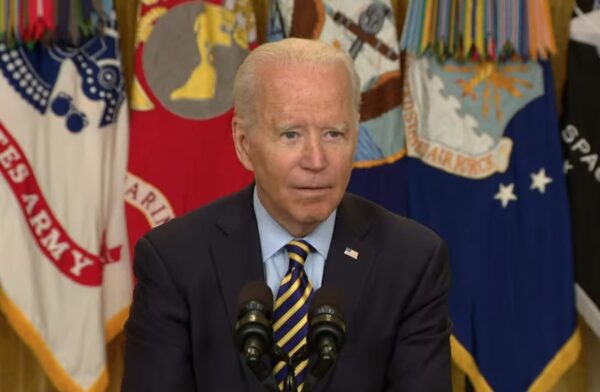 U.S. President Joe Biden has championed a number of reforms, targets and policies slated to reduce carbon emissions and increase reliance on clean energy, and in a new plan shared on Wednesday, the administration is looking to make a major move from burning fossil fuels to solar energy within the next three decades.

On Wednesday, the Biden administration unveiled plans to use solar power for nearly half of U.S. electricity by 2050, as a part of Washington’s attempts to substitute renewable energy for fossil fuels, according to The New York Times.

The U.S. Energy Department report says that the U.S. will need to double solar energy installations each year for the next four years, in comparison with solar installations last year.

While renewable energy sources are growing, they still only offer about 20 percent of U.S. electricity, while natural gas and coal still offer around 60 percent.

With Tesla offering solar as part of its product line up, the company could benefit from the federal government’s push to further go green, joining Biden’s similar push for electric vehicles in the country.

Tesla’s Megapack systems are being used to store power at what is considered Europe’s largest distributed battery, and the system is now operational, according to a press release from partners Harmony Energy. The site is being overseen by utility suppliers Harmony Energy and is located in Pillswood, located in East Yorkshire county of England. With […]
Peter McGuthrie
1 week ago