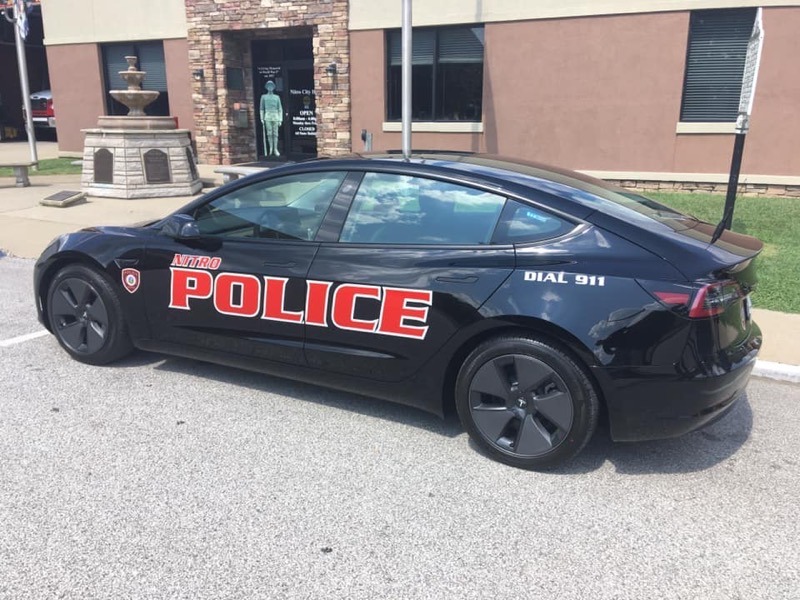 The first Tesla police car has debuted in West Virginia, according to MetroNews.

The Nitro Police Department debuted their Model 3 squad car on August 27, and recently let media ride along in the vehicle.

Matthew Haynes, a Patrolman with Nitro Police Department said the Tesla cost $60,000 USD to purchase and the biggest change was adjusting habits to recharge the vehicle, versus filling up at the pump.

“We can go to the gas pumps and fill them up in less than five minutes,” said Haynes, referring to regular gas cruisers. “With this, you have to consider charging,” he added.

Haynes said the charger at the police department can take the vehicle from empty to full in about 8 hours.

Back on May 18, Nitro City Council approved the Model 3 for purchase. ESI in Winfield helped customize the Model 3, adding in a police radio, scanner and lights.

“It controls every feature on the car. Your speedometer is there, your navigation, your A/C. There are no other knobs and controls other than a few on the steering wheel and some shift levers,” said Haynes, referring to the Tesla’s large touchscreen.

The Model 3 police car is on a trial run and more Teslas vehicles may be purchased in the future. The police department cited some downsides of their setup, as there is no computer in the car to run reports, plus there is no divider yet between the front and back seats.

But overall, the city says the Model 3 squad car will result in over $40,000 in gas and maintenance savings, over six years.

“We have to see how well the battery life holds up and how practical it is to use in police work where we might have to accelerate quickly or be on calls for long periods of time,” added Haynes.