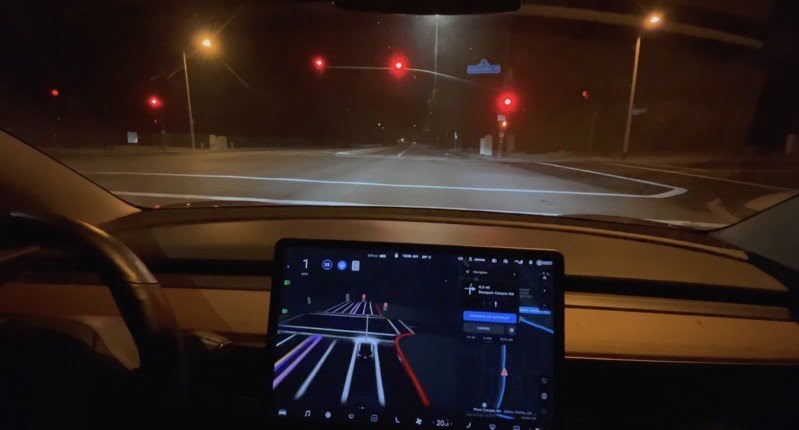 On the night of Friday July 30, 2021, Tesla released Full Self-Driving (FSD) beta version 9.1 (software update 2021.4.18.13) for its limited testers, including the likes of James Locke, who has documented his journey on YouTube.

“I’m truly blown away. Doing a bunch of driving today on #FSDBeta v9.1 and almost no interventions,” said Locke on Saturday afternoon.

“@elonmusk this is extremely impressive as someone who has used the early access Beta FSD since v1 (for public use) back in Oct 2020,” stated Locked, adding, “I’m assuming next release is 9.2 in 2 weeks?”.

I'm truly blown away. Doing a bunch of driving today on #FSDBeta v9.1 and almost no interventions.@elonmusk this is extremely impressive as someone who has used the early access Beta FSD since v1 (for public use) back in Oct 2020.

That’s when Tesla CEO Elon Musk replied, “We are doing releases every 2 weeks on Friday at midnight California time,” or also known as the Pacific time zone.

Locke said going from FSD beta 9.0 to 9.1, he has noticed “smoother turns, better decisions for picking a merge between cars, buttery smooth deceleration.”

Check out the first drive of Tesla FSD beta 9.1 below from Locke: