If you were thinking of placing a new Tesla Model S or Model X order, estimated delivery times have been pushed back again, as far as 2022, depending on the configuration, as spotted by @SawyerMerritt. 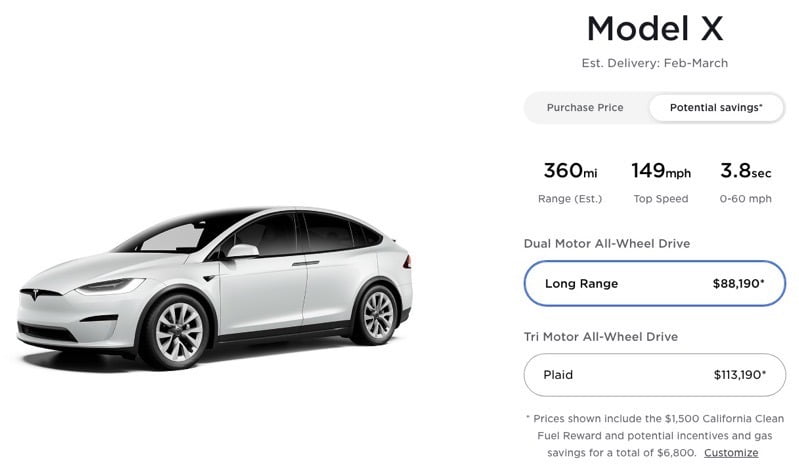 For the Model X, Long Range versions are now showing as February – March 2022 as the estimated delivery date, previously at January – February 2022. 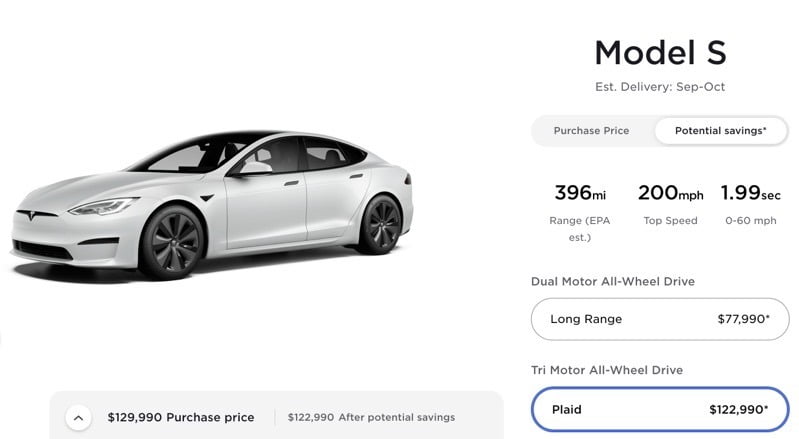 As for the Model S Plaid, the date has been pushed back to September – October 2021, previously at August 2021. For those looking to get carbon fibre interior upgrades for Plaid, wait times are showing February – March 2022, which is a 2-3 month increase over the wood trim interior option.

During Tesla’s Q2 earnings call, the company said it saw delivery delays on Model S due to backlogs in its supply chain.

CEO Elon Musk said one “big struggle” during Q2 “was the module that controls the airbags and the seatbelts. And obviously, you cannot ship a car without those. That limited our production severely worldwide in Shanghai and in Fremont.”

Musk said the worldwide chip shortage “remains serious”, noting, “the chip supply is fundamentally the governing factor on our output.”

Tesla’s Q2 saw $1.1 billion in net income for the first time, from $11.9 billion in total revenue, as the company “broke new and notable records”.