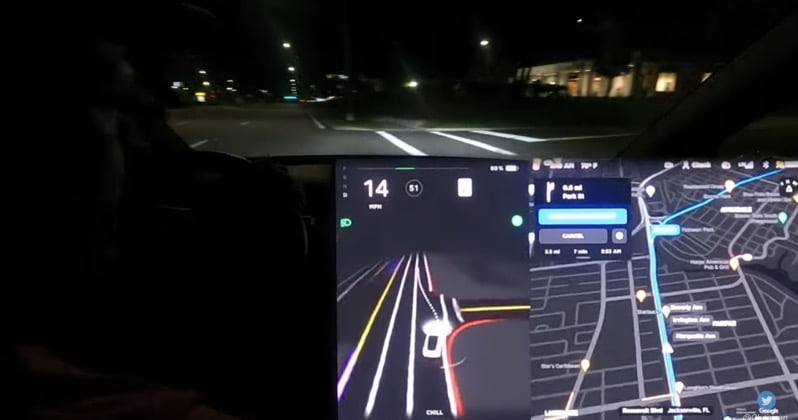 FSD beta v9 uses Tesla Vision, which relies only on cameras and no longer radar, while on-screen visualizations now show a beautiful layout of vehicles and objects.

Check out the following videos we’ve found for you to check out below. Beta testers started driving with FSD beta v9 in the middle of the night, as the software was made available to download at midnight PDT: