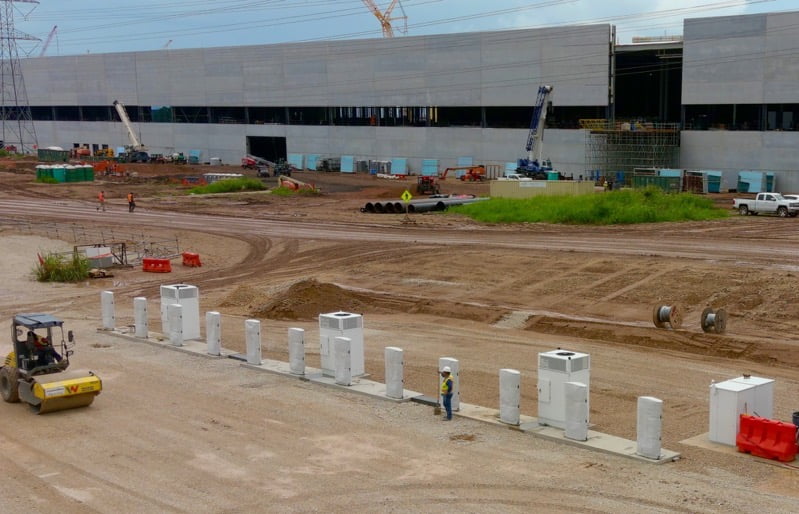 Tesla has started installing Superchargers at the site of its Gigafactory in Austin, Texas.

An image of the 12 Superchargers were spotted by drone pilot Jeff Roberts on the 4th of July, as he has been filming the construction progress of the new factory. The new install was pointed out by Tesla Owners Austin (@AustinTeslaClub).

You can spot a glimpse of these Superchargers around the 4-minute mark of the video below, in the bottom right:

These Superchargers appear to be the pre-fabricated kind, last seen at the company’s Beaver Supercharger location in Utah. The pre-made units allow Tesla to fast-track construction as they can be trucked in, placed on-site and hooked up for connections.

Tesla’s Gigfactory in Texas is set to start production and deliveries “late this year”, said the company during its Q1 earnings call. The Austin factory will be producing Tesla’s Model Y compact SUV and also the highly anticipated Cybertruck, which was confirmed this week to also include rear-wheel steering by CEO Elon Musk.