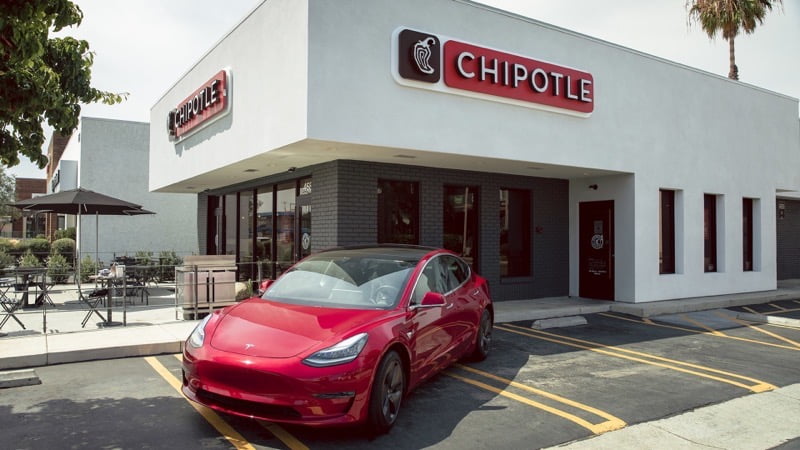 Chipotle Mexican Grill announced on Tuesday the launch of its Rewards Exchange, what it is calling “the biggest update to the Chipotle Rewards program since its debut in 2019.”

The Rewards Exchange will debut a new video game called Chipotle Race to Rewards Exchange on June 23. The interactive racing game will allow players to earn points and a chance to win a 2021 Tesla Model 3.

The new Rewards Exchange now offers points to be exchanged for over 15 different rewards options, instead of just free entrees.

Chipotle says its nearly 23 million Rewards members can now get free food faster than ever and also redeem points to support non-profit partners, such as The Farmlink Project, National Young Farmers Coalition, and the National Urban League

Chipotle Rewards members will get 10 points for every $1 spent in the restaurant, online, or in the app.

Those in 2nd, 3rd, and 4th will take home an electric bike, while those ranked 5 through 10 will get an electric skateboard.

“The new Chipotle Race to Rewards Exchange video game is a fun way to demonstrate the speed at which our loyalty members can now earn rewards,” said Chris Brandt, Chief Marketing Officer, in a statement. “This is one of the many ways we’re super-charging our superfans and offering exclusive experiences to our most loyal guests.”

You can participate by heading to racetorewards.com, with the site ready for mobile and desktop devices.