While the Tesla Model 3 remained France’s best-selling electric vehicle (EV) between January and May, the sedan has been knocked off the top for the month of May by just a few thousand units.

The Renault Zoe was May’s best-selling EV in France, while the Model 3 took second and remained the best-seller year-to-date, according to EV Sales. Plugin hybrid registrations also represented a whopping 53% of May registrations overall in France, a major increase from last year’s 40% of registered vehicles being plugin hybrid electric vehicles (PHEVs). 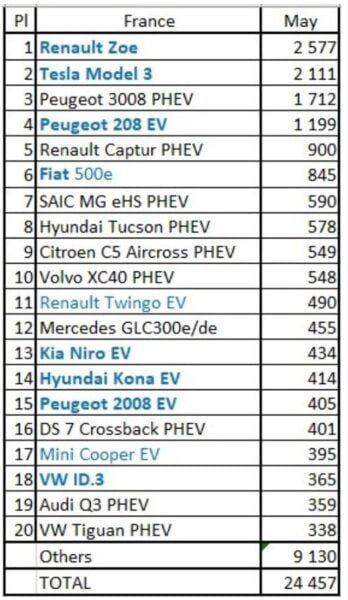 Year-to-date, the Renault Zoe jumps down a few ranks, placing third behind the Peugeot 3008 PHEV and the Tesla Model 3. Tesla’s Model 3 has sold 8,083 units within France so far this year (through May), making up a total of 8% market share in the country’s auto market. The Peugeot 3008 PHEV has sold 7,527 units year-to-date, while the Renault Zoe has sold 7,448 units this year.

Volkswagen’s ID.3 barely made May’s top 20 best-seller list in France, despite Volkswagen having been April’s best-selling brand across Europe. 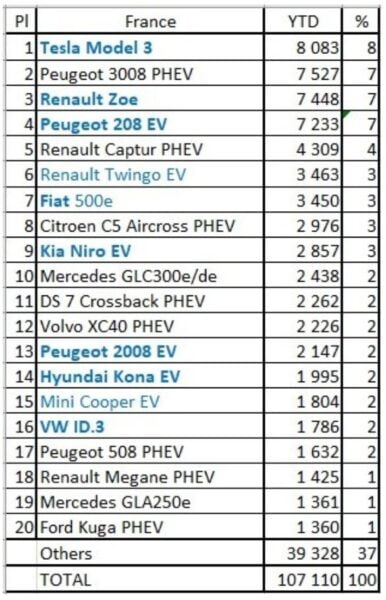