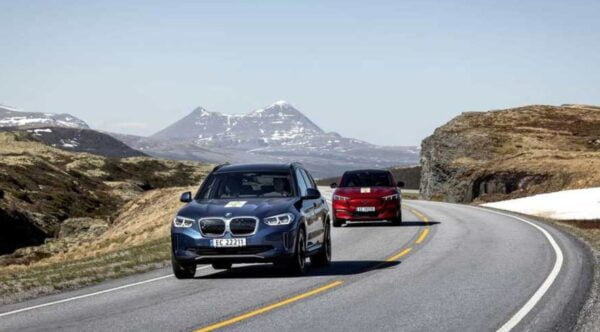 In a widescale test measuring range, battery consumption, and charge time featuring 21 different EVs and performed by the Norwegian Automotive Federation (NAF), Ford’s Mustang Mach-E Long Range came out on top in terms of range, while the Tesla Model 3 came in second by about 30 miles, as reported by Inside EVs.

The test included each EV driving the same route, speed, and fully charged batteries, until they died on the side of the road.

All in all, the vehicles tested included multiple variants of both the Mustang Mach-E, the Model 3, and the Volkswagen ID.3, alongside single variants of the Volkswagen ID.4, the Mercedes-Benz EQA, the Volvo XC40 Recharge, the Citroën ë-C4, the Opel Mokka-e, the Fiat 500 Icon, the Honda e, the Mazda MX-30, the Skoda Enyaq, the Hyundai Kona, the Hyundai IONIQ 5, the Polestar 2, the Audio e-tron GT, the Xpeng G3, and the BMW iX3.

While the only Chinese-made vehicle on the list was the Xpeng Motors G3, fellow China-based EV startup NIO said earlier this year it plans to expand into Norway, in order to take on Tesla and Volkswagen.