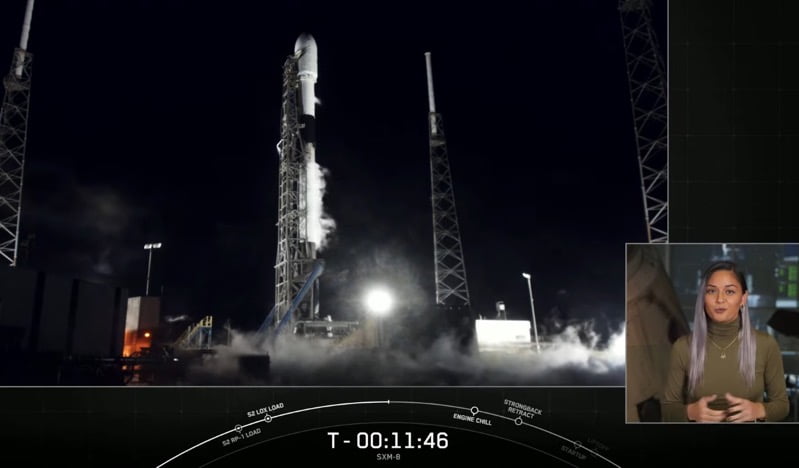 SpaceX’s Falcon 9 rocket just launched the SXM-8 Mission into orbit, a satellite for client SiriusXM, to allow audio radio services for at least the next 15 years.

This specific Falcon 9 rocket had a successful launch from Space Launch Complex 40 at Cape Canaveral Space Force Station in Florida tonight at 9:26pm PDT/12:26am EDT, and successfully landed onto the droneship ‘Just Read the Instructions’ in the Atlantic Ocean.

The SiriusXM payload is still reaching its final deployment destination aboard the second stage of the Falcon 9, as of writing.

SpaceX says tonight’s launch is the company’s 18th launch of 2021, which is already more than what the company achieved for the entire year in 2019, for context.

Tonight’s landing was the 87th overall successful recovery of an orbital class rocket, and SpaceX’s 125th successful mission to date.

Check out the full live video below, currently still in progress:

Back in December 2020, SpaceX also launched another SiriusXM satellite into orbit, for client Maxar, the parent company of the satellite radio company.