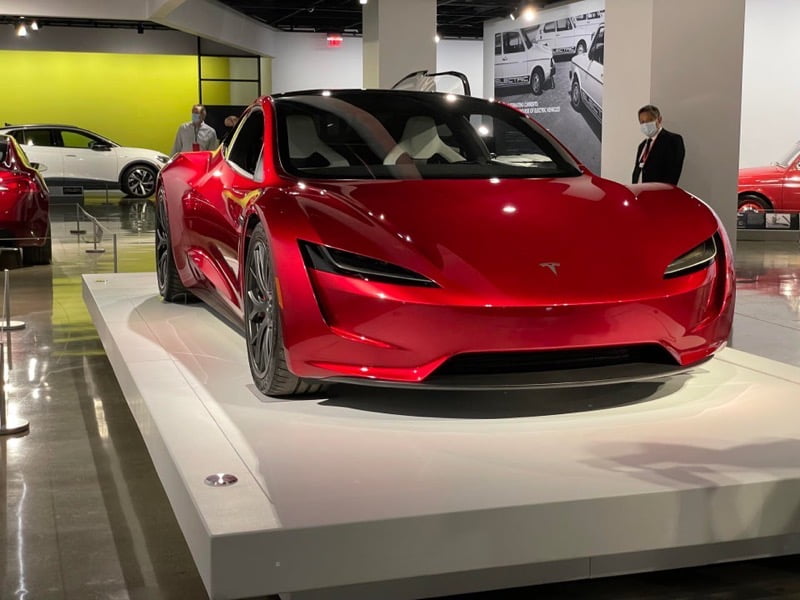 With Tesla’s second-generation Roadster on display at the Petersen Museum in Los Angeles, California, we now have some confirmed information on how fast this electric vehicle can go—with its SpaceX package. 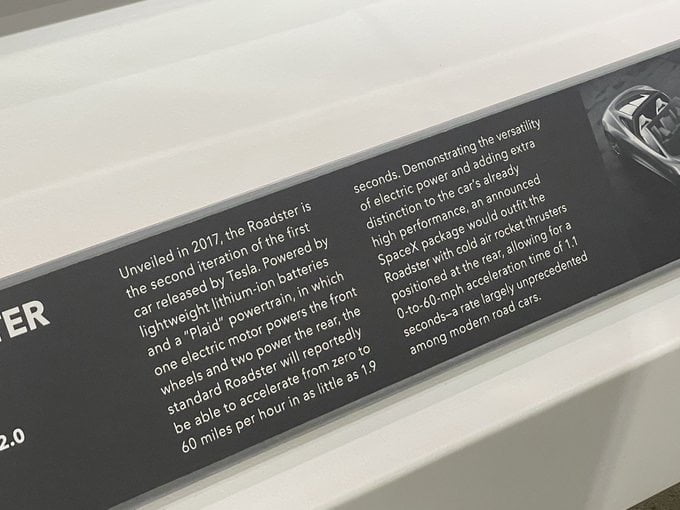 According to an image of a plaque for the Roadster 2.0 shared by @BLKMDL3, it reveals the SpaceX package will allow the vehicle to go from 0-60mph in a mind-blowing 1.1 seconds, reiterating previous details of the acceleration feat.

“An announced SpaceX package would outfit the Roadster with cold air rocket thrusters positioned at the rear, allowing for a 0-to-60mph acceleration time of 1.1 seconds—a rate largely unprecedented among modern cars.”

The full plaque can be seen below:

We don’t know how much the Roadster SpaceX package will cost, but to be able to accelerate to 60mph in 1.1 seconds—that’s just insane.

Elon Musk previously told car buff and comedian Jay Leno the company would use “use ultra-high pressure compressed air,” essentially a cold gas thruster for the Roadster, with the main thruster hidden behind the license place. The rear license plate would drop down to reveal the rocket thruster, which Musk described as “full-on James Bond.”

Musk previously mentioned the rocket thruster back in July 2019.

SpaceX thruster package will be subtle. Hidden behind license plate.

Here’s a concept of how fast 0-60mph would be in the Roadster:

This is how fast 1.1 seconds 0 – 60mph take off should look like with Space X package thrusters on the Tesla Roadster. Computer worked out physics and then visualised in a render animation. Not sure how much gas but threw the effect in anyway. Enjoy @elonmusk #tesla #spacex pic.twitter.com/VzMukQPT2E