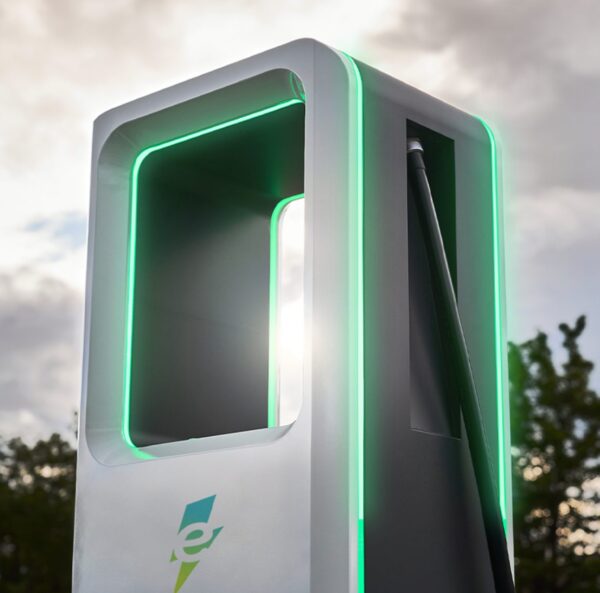 Electrify America announced Thursday that it has officially opened 600 public ultra-fast electric vehicle (EV) charging stations in under three years since the EV open DC fast-charging network opened its first on May 2, 2018, in Chicopee, Massachusetts.

The company has almost 2,600 fast chargers across the U.S., and it also shared plans to expand into new U.S. states Hawaii, South Dakota, Wyoming, and Vermont by early 2022. As the company seeks to help meet consumer demands for a robust EV charging infrastructure, it hopes it can help encourage mainstream EV adoption.

3 years
600 stations
And we’re still growing.
The future of #EVs is bright☀ pic.twitter.com/TuYwPU4ovW

Electrify America President and CEO Giovanni Palazzo said, “With our rapid station deployment, we are on track to have 800 charging stations with about 3,500 chargers open or under development by the end of this year – delivering on our commitment to make EV driving easier and more accessible.”

The network also plans to add new stations later this year in Montana, Minnesota, and New Hampshire, as well as a major expansion in Washington, immediately following news that the state passed a ban on new gas car sales by 2030.

Now, Electrify America has two cross-country and two coastal routes and is looking to add more options to its routes.

GM to Invest $1 Billion into Mexico EV Plant, UAW Calls it ‘Slap in the Face’