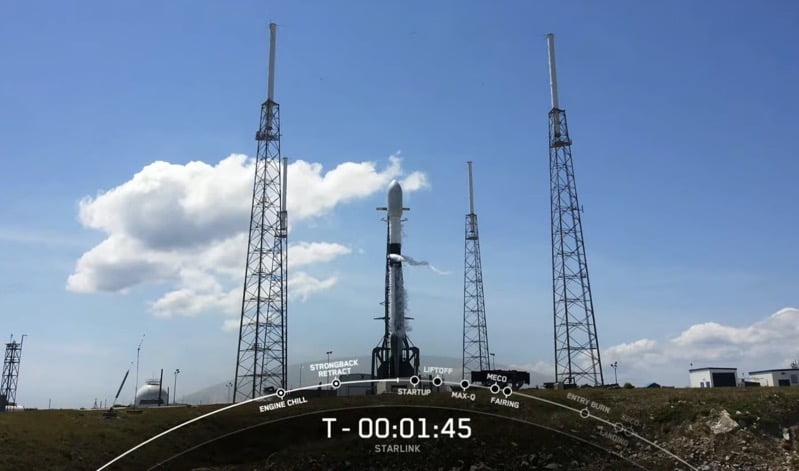 On Wednesday, SpaceX’s Falcon 9 rocket successfully launched another 60 Starlink satellites into orbit, with perfect weather for the launch from Space Launch Complex 40 in Cape Canaveral, Florida.

This particular Falcon 9 booster (B1058) launched and landed for the seventh consecutive time. The landing took place on the autonomous droneship Of Course I Still Love You. This was the 79th recovery of an orbital class rocket by SpaceX.

Shotwell revealed SpaceX had roughly 1,320 Starlink satellites in space and if we add today’s batch of 60, that takes the number to 1,380 in space.

Check out today’s launch replay below:

Japanese new outlet TV Tokyo Biz shared a video of a drone on Thursday, delivering crucial emergency supplies to remote, snowy areas of Chichibu with the operator of the drone connected to SpaceX’s Starlink (via Reddit). The news comes after the Chichibu area was affected by a landslide this week, causing nearby roads to become impassable. […]
Peter McGuthrie
10 hours ago