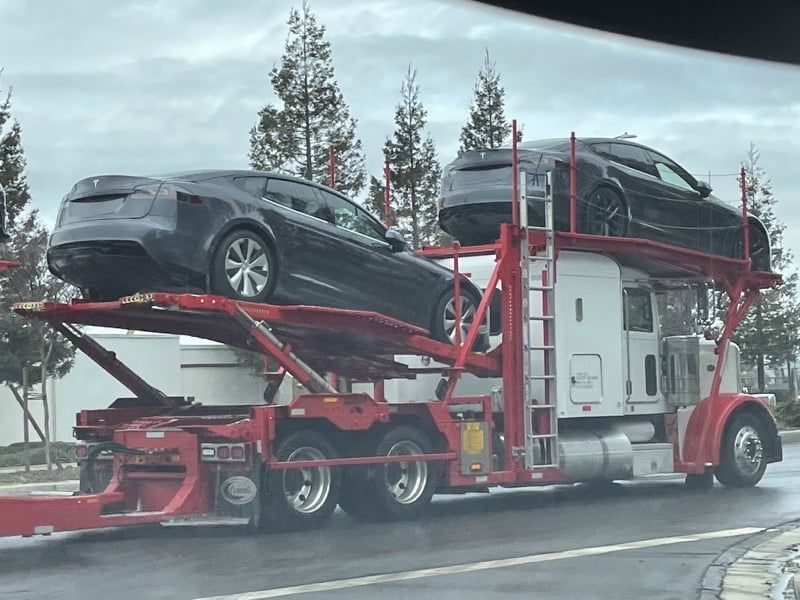 A batch of Tesla Model S refresh vehicles were spotted yesterday afternoon in Fremont, California, in a transports truck leaving the Tesla factory.

These appear to be the Model S Long Range and not Plaid versions, as no red brake calipers or carbon fiber spoilers can be seen. While one of the front vehicles has Arachnid wheels, that is an option available for the Long Range Model S. 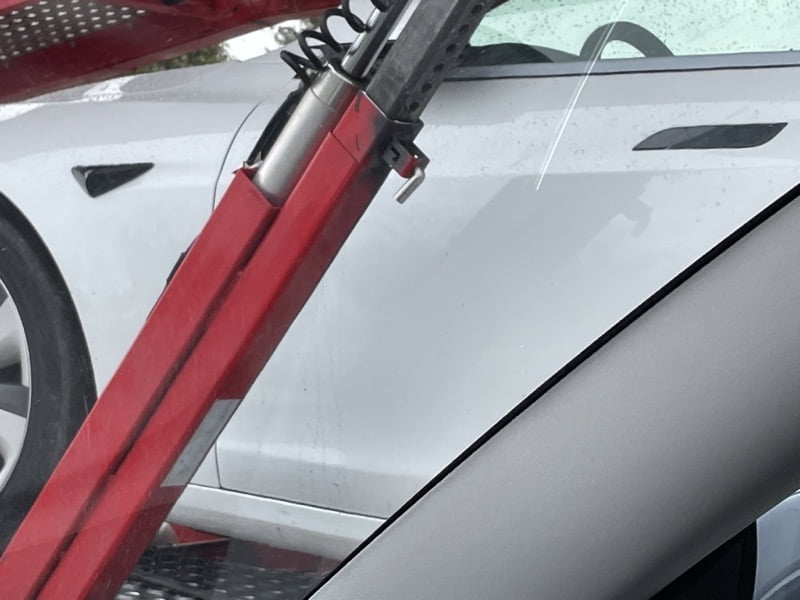