Chuck Schumer: Replace Every Gas Car in the U.S. with an Electric Vehicle 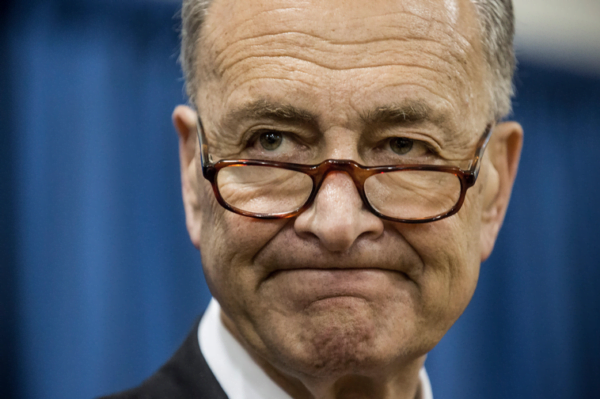 On Wednesday, The Verge reported on Schumer’s proposal, which held that any US citizen who trades their gas cars in should receive a generous discount on the purchase of an EV. A version of the “cash for clunkers” style plan was originally proposed by Schumer in a New York Times op-ed in 2019, though Democrats’ recent overtaking of the US Congress could help the idea sprout new legs.

In a brief interview with The Verge, Schumer said, “It’s a bold new plan designed to accelerate America’s transition to all electric vehicles on the road, to developing a charging infrastructure, and to grow American jobs through clean manufacturing.” Schumer continued, “And the ultimate goal is to have every car manufactured in America be electric by 2030, and every car on the road be clean by 2040.”

In addition to gas car trade-ins, Schumer also wants the bill to provide direct incentives to auto manufacturers phasing out their production of internal combustion engine (ICE) vehicles, as well as sending direct subsidies to local governments to improve the country’s charging infrastructure.

In addition, the proposal is set to include tax breaks for property owners looking to install EV chargers in their homes or buildings. Earlier this year, Tesla added payment options for property owners, which could further pave the way for Schumer’s proposal.

Tesla Increases Price of Infotainment Upgrade to $2,000 for Model S/X