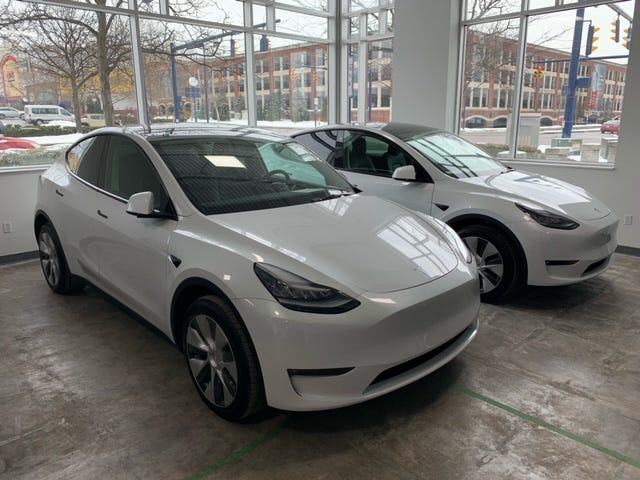 Last month, the Logan Police Department in southeast Ohio announced it would be adding two Tesla Model Y vehicles to its cruiser fleet.

Now, we have an update on these Tesla Model Y police cruisers, according to The Columbus Dispatch.

The Logan Police Department will make history as the first law enforcement agency in the state of Ohio to get two Tesla Model Y compact SUVs as traditional police cruisers.

The two Model Y vehicles will be leased from Enterprise Fleet Management and will be Long Range All-Wheel Drive variants.

Each Tesla Model Y will cost over $51,000 USD to lease. While the upfront cost seems high, Mellinger says the city will save on fuel costs with electric vehicles.

With traditional internal combustion engine police cruisers, normally Ford Interceptors or Dodge Chargers, they are roughly $1,500 to $2,000 USD cheaper to purchase versus the Teslas. But with the Ford or Dodge cruisers, it costs $35 to $50 each week at the gas pump.

With the Tesla Model Y police fleet, it is expected to cost Logan City just $10 in electricity costs each week to charge, for 300 miles of range. That’s at least $40 in savings each week for taxpayers.

According to Captain Ryan Gabriel, he notes a federal rural development grant is helping to subsidize the cost of the Tesla police fleet, which will be outfitted just like other patrol cars in terms of decal and design.

As for charging stations, Logan City says it is in discussions with the Sustainable Ohio Public Energy Council (SOPEC), which has agreed to fund the costs of building two electric vehicle charging stations in the city—which may attract tourists with EVs.

While there has been some pushback to the idea of electric vehicles for the Logan police department on Facebook, Mellinger said there will always be people who won’t be happy about it, noting the people he has spoken to in Hocking County and Logan aware of the new program, “are excited about it.”

The Tesla Model Y compact SUVs will be turned into police cruisers by Cincinnati Safety Upfitters, which seeks to be an official authorized Tesla modifier in Ohio.

The new Tesla police cruisers are expected to arrive “within the next two months,” added Mellinger, noting if the pilot program is successful, they plan to move forward with it in the future.