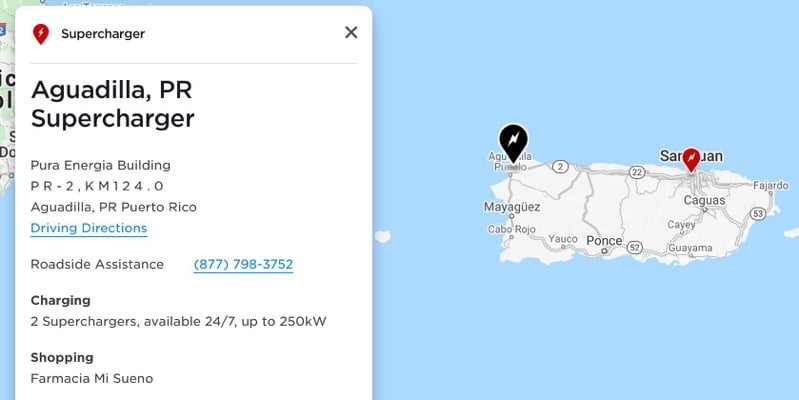 The first V3 Tesla Supercharger is now live in Puerto Rico, in Aguadilla.

As noted by @MontrealTesla, the Supercharger has two V3 stalls available 24/7, offering up to 250 kW charging rates. The location is at the Pura Energia Building, at P R – 2 , K M 1 2 4 . 0. Nearby shopping and beverages are available at the Farmacia Mi Sueno. 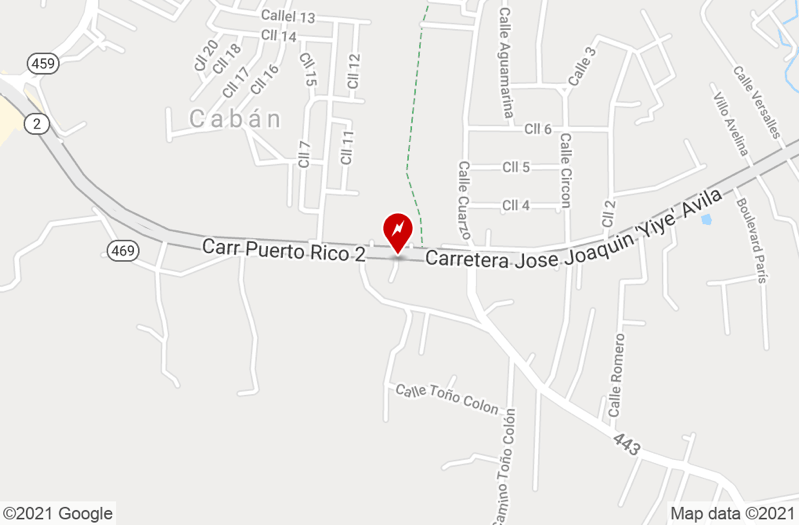 This Supercharger joins the other site in Guaynabo, at Galeria San Patricio. This location only has two Superchargers capable of up to 72 kW charging rates.

According to NimB, Tesla is said to be opening its first service center in Puerto Rico in March, located on Calaf Street in Hato Rey. Last month, “a simple red sign with the Tesla brand emblazoned on it in white lettering was installed in front of the building,” reports NimB.

Tesla CEO Elon Musk first confirmed a service center was coming to the island back in the summer of 2019.

This is the v3 Supercharger that recently opened in Aguadilla, Puerto Rico. Yay!

Photo courtesy of: My dad! pic.twitter.com/z5TFYAXokZ

Tesla has informed local government officials in Gruenheide, Germany, that it is putting plans for a 50 gigawatt-hour battery production facility at Gigafactory Berlin on the back burner. The automaker will instead divert resources to increasing battery production at its U.S. Gigafactory in Austin, Texas, faster than originally planned, reports Automotive News. “The EV maker […]
Nehal Malik
16 hours ago