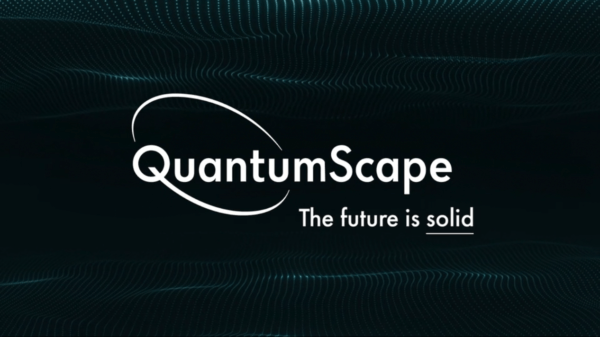 On Thursday, Singh told Yahoo Finance it hoped to have a major breakthrough in its multi-layer solid state battery cell manufacturing operations by the end of 2021.

The news is considered a major breakthrough for the company, which would need to produce a battery with roughly a dozen layers for consumer electric vehicle (EV) use.

QuautumScape is backed by Volkswagen and Microsoft co-founder Bill Gates.

In case you missed the announcements last week about our multilayer battery cell breakthrough and the launch of our pre-pilot line, catch CEO @startupjag's interview on @BloombergTV to learn about what this means for the next generation of #EV batteries https://t.co/C7Irwzv8O3

Singh said, “The eight- to 10-layer cell will happen by year end. We don’t want to set expectations too high. We have been fortunate so far that the goals we have set, we have been able to meet. The single layer cell announcement, this multi-layer announcement, is ahead of what anybody was expecting. The 8-10 layer cell we are targeting by year end. If we make that year end milestone, we are on track to delivering cells to customers in 2022.”

The solid state battery, which would utilize a solid-state cell separator instead of the currently-popular polymer separator used in most lithium-ion batteries, has major implications for improved charging speed, long-term longevity, and total energy density, as well as decreased flammability.

While QuantumScape is still in pre-revenue stage, the breakthrough could revolutionize the EV battery cell industry, with the market also still in its infancy. And ultimately, anything pushing the world towards more sustainable forms of transportation is worth the world’s time and attention.