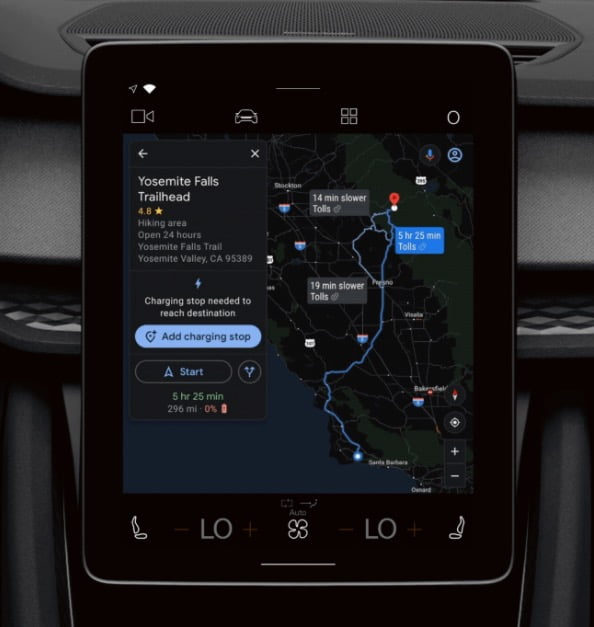 Google Maps recently updated charging routes for vehicles with the app built in, and now, Google is rolling out those same updates and more for the Canadian market.

According to Google Canada, Google Maps for the Polestar 2 and the Volvo XC40 Recharge, gets an improved algorithm for planning a trip with two or more recharge stops. In addition, the update will show you how long each charge will take, offering an updated total trip time, and will be offered to a number of added cars in the near future.

The Maps update will also let the driver choose from a list of available recharge points, and with a membership, users can even see which charging stations are the fastest, and what payment methods are accepted at each location.

While the update is only available to electric vehicles (EVs) with Google Maps built in – so far only including the Polestar 2 and the Volvo XC40 Recharge – the release states that the company also plans to add other EVs down the line.

Here’s a summary of what’s new according to Google Canada in an email to Tesla North:

Google’s Maps update will make a major difference to EV drivers in Canada, to be sure, with range anxiety typically at the forefront of EV owners’ concerns. In any case, the update will begin rolling out immediately, so those in Canada with the Polestar 2 or the XC40 Recharge can look forward to better route planning very soon.