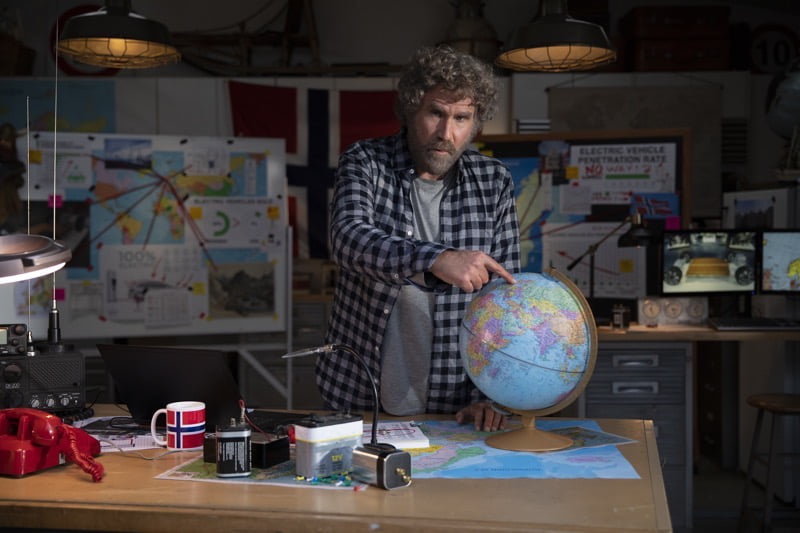 General Motors has launched its Super Bowl ad highlighting how it wants America to adopt electric vehicles to be more like Norway, which has 54% of new vehicles sold as electric.

The clip features actor Will Ferrell, alongside Kenan Thompson and Awkwafina.

“I’m excited to be a part of GM’s commitment to EVs. I’ve been driving an EV since the mid-80’s….well, actually it was a regular car with 4 AA batteries taped to the carburetor, but it felt like an EV! We’re coming for you Norway!!”, said Will Ferrell in a statement.

GM recently announced it plans to be carbon neutral by 2040, while it also plans to sell only electric vehicles by 2035 across its fleet offerings.

The automaker explains, “‘Everybody In’ demonstrates our intent to lead, while inviting others – policymakers, partners, individuals – to play an active role in moving society forward, whether that’s helping to expand infrastructure, advocating for progress in their communities, learning about the benefits of EV ownership or simply taking a test drive to experience how fun they are.”

…and here’s the full Super Bowl ad below, “No Way Norway”: